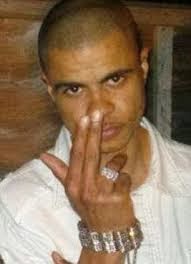 After seeing all of the evidence before them, the jury at the inquest into the shooting of Mark Duggan by armed police found that he had been "lawfully killed". They found that the alleged drug dealer and gangster had been carrying a gun but that he'd thrown it out of the minicab window just after police challenged him. As the police were unaware that he'd done that, they still considered him 'armed and dangerous'. Thus, the jury found that the police had acted in the best interests of public safety. However, Duggan's family, and elements within 'the black community', were angry with the verdict and there remain fears of violence, given that the original killing was linked to the start of the August riots of 2011.

I think that fairly sums up the breaking news on Wednesday evening.

How did the BBC report it?

Well, except for Newsnight, I didn't see much of the BBC coverage of this story - which ain't great for a BBC bias blogger! - but Sue did, and she thought the BBC were pushing the anti-police angle like mad and called some of their coverage "inflammatory". And from large numbers of comments at Biased BBC, she was far from alone in thinking that way.

You might have thought that the programme would give a close analysis of why the inquest jury gave the verdict it did and then give viewers a variety of reactions to the verdict. The jury's verdict, and their reasoning, was almost incidental to Newsnight's reporting though, which focused firmly on the anger of the family and 'the community'.

Again employing one of Charles Moore's tests for bias, the question "Who's in the dock?", the answer was very obvious: Despite being exonerated by an independent jury, Newsnight chose to place the police back in the dock and try them all over again.

"'Lawfully killed', even though he wasn't carrying a gun at the time."

...which is rather misleading, isn't it? Duggan was carrying a gun, the jury found, up till mere seconds before his shooting.

David Vance at Biased BBC, in his customarily pithy way, said that BBC reporters "seem disappointed there has not been a riot!" (This is Sue's "inflammatory" point again.)

However unlikely that sounds, that's exactly what I thought when I watched poor Newsnight reporter Zoe Conway on Wednesday night, standing in a rain-soaked Tottenham, looking oh-so-sorry for herself, saying that "Tottenham" is angry (what all of Tottenham?) and forlornly adding a "not yet" to "boiling over". Jeremy asked her again to talk about that anger, and she obliged him. Yes, plenty of anger from the aggrieved of Tottenham (but from whom, Zoe? From everyone? What do the silent, law-abiding types of Tottenham think?).

Then came a report from Newsnight's Jim Reid. This again focused overwhelmingly on the angry reaction of the family and 'the community', though it did briefly sketch out the jury's verdict as well.

"Tough questions" for the police remained, said Jim. He then listed them. We heard from two 'talking heads' here: Kirsten Sjovoll, a barrister at Cherie Blair's human rights lawyers' concern Matrix Chambers, who helped Newsnight explain this "unusual verdict", and from Stafford Scott of Tottenham Rights (Guardian writer, activist), who slammed the police.

Whilst watching this bit emerged the image that I think will stick with me for a long time: that of Mark Duggan's hate-filled aunt, looking in the Tottenham dark like a blackshirt, giving a particularly aggressive Nazi salute as she screamed the threat, 'No justice, no peace'. The camera had, unfortunately, failed to record the clenched fist atop the Nazi salute. I later learned that it was indeed a clenched fist and was meant (even though she's white) as a black power salute. (Does she say 'Is it 'cos I'm black?', Ali G-style, whenever she meets a policeman?)

Then came the grilling of the oh-so-PC top PC (as they might say at The Sun): that nice Assistant Commissioner Mark Rowley of the Metropolitan Police. He was, unquestionably, "in the dock".

Doing his thang (as Duggan's aunt might put it), Jeremy Paxman put him through his paces, pushing the angles previously mentioned: "The police shot an unarmed man".

I'm, personally, at a loss to see how Duggan can be described as an "unarmed man" in this context - he had a gun FFS! - but it doesn't seem to seem to be a feeble point for the BBC, and may not for you either. So please adjudicate for yourselves.

Mark Rowley did say that he thought Jim's Newsnight report had "overstated" the hostility of Londoners to the police. He said "the proportion is not as bad as you present it". [I can't say if that's right or wrong.]

Then came a cosy double interview with Labour's Diane Abbott and 'gang mediator' Ken Hinds, a friend of the Duggan family (a man with a Mohican that looked like a toffee eclair) who said he'd been stopped-and-searched by police as he was driving to Sky News for an interview that very day.

I think it's that Chomsky thing again - "The smart way to keep people passive and obedient is to strictly limit the spectrum of acceptable opinion, but allow very lively debate within that spectrum – even encourage the more critical and dissident views. That gives people the sense that there’s free thinking going on, while all the time the presuppositions of the system are being reinforced by the limits put on the range of the debate".

This pair of "critical and dissident" voices was far too safe, far too BBC-ish. Damning the police, yes, and mongering those 'black community' grievances, but doing so in a safish BBC way - that was Diane and Ken here. [The BBC living precariously, on the wild side, as it were.]

Sue has it right here: Biased, anti-police and inflammatory (if perhaps best described as 'BBC-style inflammatory' - as if they can control it!). Why should we put up with it (he says, stretching his neck out)?


Update: Samira Ahmed's Newswatch noted that "hundreds" of BBC viewers had complained about the corporation's coverage of the Duggan story. Her programme quoted an e-mail from one viewer, Paul Rupa, who wrote:


I'm absolutely staggered at the quality of the reporting following the Duggan verdict. One had the impression that a terrible injustice had been done to the family and that BBC reporters concurred with that viewpoint. Any potential trouble causers would surely use this as a green light to start civil unrest again.