Proof of anti-independence bias at the BBC? 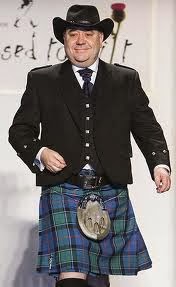 The pro-independence website Newsnet Scotland is reporting the findings of a year-long study into TV news coverage of the Scottish independence debate.

The research, conducted from September 2012 to September 2013, has been carried out by a team at the University of the West of Scotland headed by Dr John Robertson. Unlike the highly suspicious BBC-funded Cardiff University research published last year, which purported to find that the BBC was actually biased towards the Right, I can find no evidence of partisanship and political activism on Dr Robertson's part. And, unlike the narrow (month-long) time-frame of the Cardiff study, the UWS examined 730 hours of early evening TV news coverage broadcast by the BBC and STV (Reporting Scotland and STV News) - a much better sample.

As Newsnet Scotland is far from being an unbiased source I wanted to read the full report for myself, rather than just their take on it. Unfortunately, it doesn't appear to be available online yet. So, here then is Newsnet's summary of the UWS findings:

- Reporting Scotland broadcast 272 news items deemed favourable to the No campaign against only 171 favourable to Yes.  STV was only marginally less biased with the 255 for No and 172 for Yes.

- Statements which made use of academic, scientific or 'independent' evidence favoured the No campaign by 22 to 4 on BBC Scotland and by 20 to 7 on STV.

- Personalising independence arguments as being the wishes of Alex Salmond appeared 35 times on BBC and 34 times on ITV with no such personalisation of any of the No campaign's arguments.

- Broadcasts containing language that was considered insulting to independence campaigners occurred on 18 times on both BBC Scotland and STV but language interpreted as insulting to pro-Union campaigners appeared only 3 times on each broadcaster’s news reports.

The report's conclusion is:

So, on the objective evidence presented here, the mainstream TV coverage of the first year of the independence referendum campaigns has not been fair or balanced.  Taken together, we have evidence of coverage which seems likely to have damaged the Yes campaign.

Another quote from the report also struck me as interesting (and perhaps suggestive of where Dr Robertson comes from on the political spectrum):

On the tendency to personalise the case for independence using Alex Salmond, the report said:

"Personalisation of political issues is long-established strategy to weaken arguments, shifting focus from collective reasoning or shared values to supposed personal desires and personality traits.  Historically, this tendency or strategy has been used to demonise and to undermine numerous political figures in the UK including Michael Foot and Neil Kinnock."

The issue of personalisation reminds me that one of the most recent items about Scottish independence on Today was precisely such a piece about Alex Salmond from James Naughtie. It painted a mixed picture of an impressive, intelligent politician who is highly ambitious, and rather cold and calculating behind his apparent public charm. The chosen talking heads were former SNP leader Gordon Wilson, Fraser Nelson of the Conservative-leaning Spectator, Alan Taylor of the Labour-leaning Herald and Margo MacDonald, an ex-SNP critic of Mr Salmond's from the Left.

Maybe this blog should follow suit and track the coverage of  the campaign on, say, Today. So far in 2014, this is all there's been (according to the programme's day-by-day running orders):

0634
Foreign Secretary William Hague is to travel to Glasgow to argue that an independent Scottish state may not be able to negotiate the same terms of EU membership as the UK. The Today programme’s James Naughtie explains.

0751
Foreign Secretary William Hague is to travel to Glasgow to argue that an independent Scottish state may not be able to negotiate the same terms of EU membership as the UK. Mr Hague speaks to presenter Justin Webb.

It's too soon to draw any conclusions from such a small sample though!
Posted by Craig at 14:36