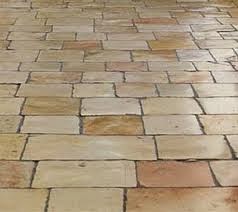 The Palestine Solidarity Campaign, you may recall, were full of praise for the BBC for broadcasting an anti-Israeli play, The Brick, in their Afternoon Drama spot.

Artfully (in both senses of the word), Israel was never mentioned by name though - a point owed to David Guy at Five Minutes for Israel - which makes it all the more insidious.

Please take five minutes to read David's post about it, The BBC drops a brick. It shows the drama to have been built of straw and completely blows it down on grounds of self-contradiction, implausibility and dramatic ineptitude.

Although integral to his post, the following paragraph also makes an informative aside - and is the sort of thing that makes the blogosphere so valuable:

Municipal laws in Jerusalem require that all buildings be faced with local Jerusalem stone.The ordinance dates back to the British Mandate and the governorship of Sir Ronald Storrs and was part of a master plan for the city drawn up in 1918 by Sir William McLean, then city engineer of Alexandria. So an Egyptian plan; put into effect by the British; continued by the Hashemite Kingdom of Jordan and still in force today. A regulation which IMHO has greatly contributed to the beauty and uniqueness of Jerusalem as a city.