Newsnight, Week Two: Introduction (that title will wow the punters!) 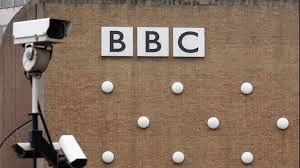 It's about this time of the year that people's New Year's resolutions start being broken. My only New Year's resolution was related to this blog, and it was a commitment to monitor an entire year's worth of Newsnight, and I started thinking about breaking it before the end of the first week.

My resolve wasn't helped either by reading a comment at Biased BBC which said, not unreasonably, "I would not make to big a song and dance about Newsnight. After all its audience has shrunk dramatically and it is on its way to irrelevance."

Still, I'll stick at it...for the time being.

First, what were the chosen stories?

The topics on Monday's edition were (a) UK spending cuts, (b) obesity in the UK, (c) sexual abuse in NHS psychiatric hospitals, (d) Ariel Sharon and (e) Google's purchase of Nest.

The topics on Tuesday's edition were (a) Labour's banking reform proposals, (b) Syria, (c) President Hollande's affair, (d) inflation in the UK and (e) driverless cars.

The topics on Wednesday's edition were (a) Labour's banking reform proposals, (b) teacher-pupil relationships, (c) the public's appetite for foreign news, (d) Lord Rennard and the Lib Dems.

The topics of Thursday's edition were (a) abortion, (b) The Tories's minimum wage proposal and Labour's banking reform proposals, (c) anti-gay laws in Nigeria and David Cameron's failure to act on them, (d) two Oscar-nominated documentaries about the Arab Spring and (e) the inactive sun & global warming.

The topics on Friday's edition were (a) should Wikileaker Edward Snowden be pardoned?, (b) why did the IPCC put out false information about Mark Duggan?, (c) an 'offensive' tweet from Jeremy Clarkson and (d) extreme fitness crazes.

What conclusions can be drawn from that? Well, firstly - and most obviously - Labour's banking reform proposals got a lot of coverage. Three editions of Newsnight dealt with them. Secondly, some editions certainly lived up to the programme's Guardian TV reputation - especially Thursday and Friday's editions. Thirdly, there's been a notable increase in technology reports and a notable decrease in 'proper' science reports recently, and this week reflected that trend. There were were fewer goofy reports though, with the 'extreme fitness crazes' piece the one exception.

How to sum up Newsnight's week then? Well, Monday's show was unfair of face, Tuesday's show a total disgrace, Wednesday's show was full of woe and Thursday's show has far to go. As for Friday's show, well it was most certainly harsh and unforgiving, and Saturday's show assuredly doesn't work hard for a living at all - as there's no Newsnight on Saturday.

Working backwards chronologically, the following posts will review each edition of Newsnight. Hope you enjoy reading them more than I enjoy writing them!
Posted by Craig at 20:49