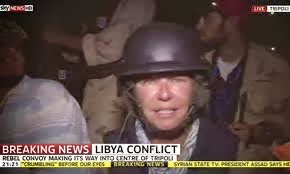 This Wednesday's edition of Newsnight reported on the findings of an academic study which claims to have shown that viewers' empathy with/sympathy for the victims of foreign disasters is diminishing.

The academics from the University of East Anglia studied the viewing patterns of a hundred viewers over three months and found that those who watch short news reports are particularly indifferent to suffering in other countries. One of the authors, Dr Martin Scott, commented that such short news reports come and go, often over no more than a few days, and fail to reach the depths of long reports or show the long-term effects of the particular disaster, thus leaving little impression on our emotions - which sounds plausible to me.

Tim Reid's report did note the dramatic effects such TV reporting can have though, as with Michael Buerk's report from famine-hit Ethiopia. It also crossed my mind that the British public can still rise to the occasion when it is emotionally engaged with a story (or with the people affected) - the East Asian Boxing Day tsunami, for instance, or the recent hurricane in the Philippines saw huge amount of money being raised by us apparently indifferent Brits, so maybe it's not quite as bleak as Dr Scott says.

The report then broadened to cover international news coverage in general, focusing on Sky News's Alex Crawford and her reporting from Libya. The UEA academics found that people struggle to connect with this kind of news. (Sorry for that Uzbek piece earlier then!)

"Longer-form documentaries do better," said Tim, as they can "paint a more complex picture" and "have more time to hear from those affected."

As an example of such an effective, heart-tugging documentary, Newsnight showed a clip from the BBC's very own Jeremy Bowen. (BBC=doubleplusgood). It came from Panorama - Gaza: Out of the Ruins and showed a young girl called Mona yearning for freedom. (What a choice!!!!)

Part of that must be down for the transfer of such programmes to digital channels. However, though other digital channels might be doing great stuff (Al Jazeera, Russia Today, etc) digital technology might very well make it even easier for people just to switch off from foreign news.

Professor Scott argued that it's important for the public to have a rich knowledge of what's going on in foreign countries as many of the appeals for us to go to war recently - such as in Libya and Syria - have been based on appeals to our empathy with/sympathy for the victims there. If we don't understand what's going on, we could end up making all kinds of mistakes.

The thought crossed my mind that a BBC reporter should have been placed in Kelvin's firing line - John Simpson or Jeremy Bowen maybe - rather than a Sky reporter, but Newsnight chose to invite a Sky reporter, and the rest is history.

Kelvin MacKenzie's line of argument was that viewers just couldn't care less about foreign news and that reports from places like Libya, South Sudan or the Central African Republic are basically just an ego trip for journalists. He says the public want to read about news that matters to them - news from this country, from Nuneaton and Preston, more things like Channel 4's Benefits Street.

He may be right for most people, most of the time -  though a minority of people (like me and Sue) are interested, and a lot of people do get engaged with foreign news when it matters to them (the Falklands, the Afghan War, the possibility that we could get dragged into the Syrian civil war). Alex should have stuck to saying that sort of thing, and saying that what happens in Iraq, Somalia, Pakistan and Libya will eventually end up on our doorstep, instead of launching a toe-curdling 'ad hom' attack on Kelvin MacKenzie over Hillsborough.
Just as a coda, I'd like to quote this brief exchange between Alex Crawford and Jeremy Paxman:

JP: I mean, you and I both know why some news editors choose to put certain kinds of foreign coverage on television and it's to do with the fact that it appears to be exciting, there's lots of 'bang, bang', there are a few dead bodies around. They think that is a lot more exciting than anything that's going to be filmed in this country.
AC: Well, that's not true..er...         JP: It is!

It sounded very much as if Jeremy meant that from the heart. Did he mean Ian Katz?
Posted by Craig at 13:38