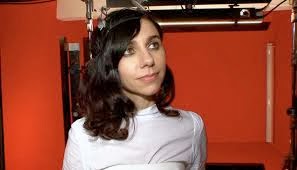 Well, Sue, Peter Hitchens agrees with you. And I agree with you both.

I rather enjoyed singer P. J. Harvey’s edition of BBC Radio 4’s Today programme. It wasn’t that much more Left-wing than it normally is, and I agreed with its strong support for liberty, its dislike of war and its condemnation of torture.

It was far more honest and blatant than usual about its bias – which of course makes that bias much easier to resist.

The BBC’s real partiality is effective because most people don’t notice it – the careful selection of subjects and guests to exclude some views and help others, the prominence given to favoured causes, tone of voice in interviews, who gets selected for soft treatment, and who for the third degree, and who gets the last word.

How about P. J. Hitchens as guest editor next Christmas? I could show them how genuinely fair broadcasting can be done, even by a biased person, though I’m not sure they want to know.

Irrelevant Coda: I was just listening to an old Humphrey Littleton programme. He described Barry Cryer's laugh as sounding "like a chicken trying to lay a rugby football". That made me laugh.
Posted by Craig at 11:43