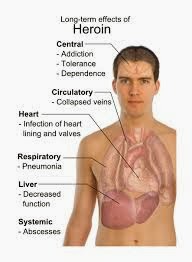 You will have heard commentators before, many times perhaps, complaining that it's almost impossible to have 'a sensible, grown-up debate' about drugs policy in this country. Whenever a politician dares to peep out from behind the privet hedge of acceptable parliamentary opinion and say what he or she really thinks about drugs policy, all Hell descends upon them, breathing fire, and they scuttle away with a pitchfork or two still sticking out of their jacksies.

Such thoughts came to mind while listening to Heroin, a fascinating Radio 4 documentary, this week. It was written and presented by Professor Andrew Hussey and looked at how heroin (and, before it, opium) effected  the work of famous addicts - from Berlioz and Baudelaire to Chet Baker, Lou Reed, Nico and Bill Evans.

Will Self and others acted as Professor Hussey's 'talking heads', and the programme made it clear that the impact of heroin on those great artists' work was profound, bringing forth works of genius that otherwise could not have been brought forth - such as Berlioz's beautiful The Spectre of the Rose, the Velvet Underground's glorious Velvet Underground and Nico and Bill Evans's magical Peace Piece. Altered states of mind - out-of-body-like detachment, darting energy - led to very special things that we, in spite of all suffering that these addicted geniuses may have inflicted on themselves through their heroin use, can still appreciate. The heroin-taking made them possible. 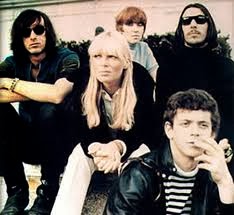 The programme's website make it's clear that Radio 4 foresaw the obvious accusation that could be made about it:

The programme in no way seeks to glamorise heroin use, it simply addresses the question of how artists who've used the drug have been influenced as a result.

Andrew Hussey didn't omit the down-sides of taking heroin. He began by asking listeners to compare photos of the youthful, James Dean-like Chet Baker with those of his older self, ravaged by years of heroin taking. But, still, it can't be said that he dwelt on the negatives very much - hence, presumably, the BBC website's need to assert so clearly that "the programme in no way seeks to glamorise heroin use".

However, speaking as a listener, I did find myself thinking that some of the altered states of mind did sound very pleasant, admiring the creative works that resulted and thinking about what I might achieve creatively if I used heroin. I wonder how many other listeners had those sorts of thoughts too.
Posted by Craig at 08:38