A Week's Worth of 'Newsnight' 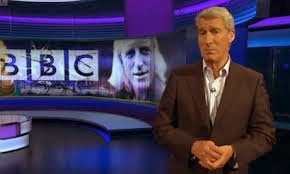 As promised earlier this week, here's a review of this week's Newsnight.


And now that ex-Guardian assistant editor Ian Katz is in charge it's becoming more Guardian-like than ever - full of Guardian-geared topics and hip-'n-happening features about technology and fashion. In fact, I don't doubt that everyone (Jeremy Paxman excepted) is busy 'checking their privilege' in the Newsnight studio almost every waking hour of the day.

Oh, and Jeremy Paxman has shaved off his beard.

Monday's Newsnight has already been dealt with, and a right load of biased BBC broadcasting that turned out to be - about as bad as anything I've heard in the last couple of years or so.

Tuesday's Newsnight featured that disgraceful interview with Alain Soral, the far-Right-friendly, anti-Semite-friendly French 'writer and film maker', which we reviewed earlier. The edition led, however, on the story it dwelt on rather obsessively late last year - the 'Twitter trolls target feminists' affair. This is Guardianista territory and featured the famous New Statesman/Huffington Post/Guardian writer Caroline Criado-Perez as its main interviewee. She blamed patriarchy, just as she blamed the fact that one of the two people convicted of sending horrible tweets to her (and Stella Creasy) was a woman on patriarchy-induced  'false consciousness'. She may have had a terrible time recently, but she's still a jargon-spouting, middle-class feminist with a marginal grasp on reality. (Sorry, that's the doorbell going. Uh-oh, it's a policeperson). [And for a different point of view, please try Brendan O'Neill's latest article at Spiked]. 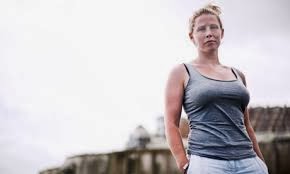 Wednesday's edition began with that biased coverage of the Duggan inquiry verdict (see my last post). Then came some gimmicky thing with Andrew Verity of the BBC pretending to be suffering vertigo (to the accompaniment of Bernard Herrmann's fantastic music to that Hitchcock film) to illustrate the issues surrounding a possible Bank of England interest rate rise. The scary Chinese-Japanese dispute over some straggly islands followed. The Chinese and Japanese ambassadors were interviewed separately, as they won't speak to each other (the big babies!). Paxo gave the Japanese ambassador a harder time than the Chinese ambassador, but then again the Chinese are so much scarier these days than the Japanese, and the Chinese ambassador (with whom Jeremy got on like a house on fire) is so much more media-savvy than his Japanese counterpart (with whom Jeremy got on somewhat stiffly). Something about Men's Fashion Week was then followed by an interview with an Egyptian satirist much admired by America's leading liberal chat show host Jon Stewart.

Thursday's edition began by leaping on the left-wing bandwagon over Channel 4's Benefits Street. This seems to have been the Guardianista 'cause of the week'. Guardianistas want the programme cancelled. Newsnight duly saluted them and leaped onboard and Channel 4, in the shape of the programme's producer, were squarely "in the dock" here. Zoe Conway went to the street in question and found a few whingers to beef about the Channel 4 programme. She made the prosecution case. Then the programme's producer was grilled in the studio. Now a measure of balance was then introduced by having two other people in the studio - ubiquitous left-winger Owen Jones of The Independent and ubiquitous right-winger Fraser Nelson of The Spectator. Owen, as is his way, shouted over everyone else and dominated the discussion by dint of sheer lung power (and rudeness), and Kirsty Wark (bless her) let him. After something about Ed Balls and Nick Clegg hoping to get a room together (Emily looked jealous), there was the usual Newsnight/Guardian piece about the wickedness of Guantanamo Bay and the Bush Administration - discussing waterboarding and the U.S. use of 'what many say is torture'. The lawyer who backed it at the time was on. Then came a studio discussion with a highly nuanced Alan Dershowitz (so nuanced, in fact, that Kirsty was hard pressed to make sense of him - which is a bit ironic because, what with all her slurring, I myself was having some difficulty understanding her at times) and a not-remotely-nuanced Shami Chakrabarti. A interview with Martin Scorsese about his new film spotlighting the excesses of bankers followed. Classic Newsnight territory that. Even better, Mr Scorsese has been accused of glorifying bankers and their excesses, the way he used to be criticised for glorifying Mark Duggan gangsters in films like Goodfellas. He was pressed on that by Newsnigh in a way I can't imagine he'd have been pressed on the issue of glorifying gangsters. Something worthy about Syria followed from Newsnight's Tim Whewell. At least Tim tries.

Friday's edition, shorter (as ever), led on more allegations of police malfeasance: Plebgate, and the admission from a police officer at the centre of the story that he'd lied about Andrew Mitchell. Crispin Blunt, Tory MP, and an anti-police lawyer were pitted against former Met officer Mike Pannett in the studio. Mr Pannett flailed desperately in his attempt not to yield an inch, which given the assault he was under is quite an achievement. There was also a segment on President Francois Hollande's ooh-la-la thing with an actress. The report featured Guardianista Agnes Poirier. It seems to be a legal requirement for the BBC to feature Agnes in all its reports about French politics. (Along with the equally left-wing Marc Roche, she's la voix de France en Gavin Esler's Dateline London.) Still, a measure of balance was ensured by having one of M Hollande's opponents in the studio along with une journaliste from France 24. There was some more techy stuff too.