"You’ve made that point well" 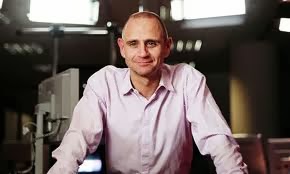 The article cites complaints of bias against Evan from three Conservative MPs and thirteen listeners.

The main charge is that Evan Davis gave the pro-EU Lord Mandelson an easy ride whilst giving the Eurosceptic Lord Dobbs a rough ride.

Matthew's article (and the complaints from the MPs) concentrates on the alleged pro-EU bias in the line of questioning Evan pursued with each guest. Evan's line of questioning with Lord Dobbs was to get him to admit that his referendum bill was a "waste of time" and a "charade". Evan's line of questioning with Lord Mandelson wasn't to challenge him about his reluctance to let the public have its say but concentrated on getting him to agree that pro-EU politicians aren't doing a good enough job in selling the benefits of the EU to the public. (Matthew helpfully lists all the questions put. I approve of that!)

What the article fails, perhaps, to flesh out the contrast in tone and character between the two interviews. That seems to me why this seemed so "brazen" in its bias.

Lord Dobbs was subjected to an onslaught of interruptions and constantly challenged. He was given an adversarial interview. He was interrupted six times, never helpfully, and twice had to ask to be allowed to finish his point. Lord Mandelson, in contrast, was interrupted only one - and that was to be told "You’ve made that point well". His answers were allowed to go on and on.

Also Evan did that thing he sometimes does of continuing to contradict a guest as he's bringing the interview to a close, giving himself (and his contradiction) the last word - here rounding off Lord Dobb's contribution with the words “Unless it is repealed, which of course it might be,” the point he (Evan Davis) had been repeating throughout, and which he'd first introduced as a criticism made by Lord Dobbs's critics.

Finally, and just to amplify an earlier point, here's a schematic breakdown of both interviews.

The interview with Lord Dobbs ran as follows:

The interview with Lord Mandelson ran as follows:

So, this was a deeply unbalanced interview on so many fronts. There can be no denying that - especially in terms of Evan Davis's treatment of his respective guests. It could hardly have been less fair in that respect. You can deny that pro-EU bias was motivating Evan Davis (as we can't read other's minds) but it was still biased interviewing, unquestionably not fair or balanced.

Needless to say, the BBC - flying in the face of honesty - flatly denies that. They can deny it. The Telegraph reports:

A BBC spokesman said: “Inevitably there will be disagreements about the reporting of any given political story, however we are satisfied that the views of both Lord Dobbs and Lord Mandelson were challenged and that our coverage of today’s story about the EU referendum bill was fair and balanced.”