Since writing the blog post ‘Unreasonable fanatics” the comment count on the BBC Watch/ Steve Evans thread has leapt into the stratosphere. Somewhere amongst them, someone wondered if, perhaps,  removing the commas altogether would help to clarify the meaning. See if you think it does.
(I’m sounding like Craig now)

It was a time when Jews who displeased the Nazis risked their lives.

Well, this (non) punctuation looks as though it means the Jews were okay in 1935 Germany, living the life of riley - but if they happened to ‘displease’ the Nazis by doing something.....Jewy - they’d better watch out.

This seems to support BBCWatch’s original point, because we now know that by 1935 Jews displeased the Nazis merely by ‘being’ Jews. There was nothing a Jew could do to ‘please’ the Nazis. Jews had no alternative, but to ‘displease’ Nazis.

Perhaps at that time they did not yet risk their lives by just being Jews, only by disobeying requests by Nazis. Now, do the commas need to come back again?
Two little commas sitting on  a wall one named Peter the other named Oborne. 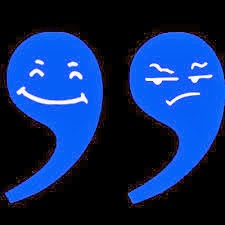 If only BBC Berlin correspondent Steve Evans had omitted the ‘who’ and added an ‘and’. If he’d said:
It was a time when Jews displeased the Nazis, and risked their lives (if they refused to sell their treasures to the Nazis) then he might have avoided all this fuss.

However, and it’s another however. At the beginning of the piece I’ve spotted something else that ‘displeased’ me. Am I imagining that there’s a slightly ominous undercurrent in that reference to ‘four years later’  - so, these Jews only owned the treasures for four years, as opposed to the Duke of Brunswick-Luneberg’s family’s ‘nearly three centuries’.

Do I detect a sense of - what’s the term for lack of entitlement? Are we to suspect that the Duke of Brunswick-Luneberg was a more deserving owner than the ‘here today gone tomorrow ‘Jews?  I only say this because I’m spotting unfortunate things all over the place now.

There’s a certain meme amongst antisemites which supposes that Jews are characteristically wealthy, and, in the manner of, say, large conglomerates that might come along and force smaller companies out of business with aggressive takeover bids, ‘wealthy Jews’ swan in and make purchases from poverty-stricken vendors in an exploitative, ruthless and greedy manner. This ‘trope’ is like the Jewish Lobby, which, in reality, is dwarfed by the Lobbying power of the opposition.  Jack Straw carries it further.

That’s my, perhaps over elaborate, explanation of why I found that bit disturbing.

Reports that include the qualifier “Say” as the BBC notoriously does with its   “Israel says” always cast doubt on what has been said, as if they only say it in the Mandy Rice-Davies kinda way.

In particular what I take home from this is the difficulty of communicating in print. Clarity in print is the hardest thing to achieve. We all struggle with it.

I don’t think Steve Evans sets out to be a Jew-basher, but in true BBC fashion he feels sorrow for Hitler’s six million victims of the past, but identifies with the “pro-Palestinian/anti-Israel narrative” of the present. Some people reduce it to the following simplification: “The BBC only like dead Jews. Jews who strive to survive, not so much.”

Why might I think this? (Apart from his disdainful attitude towards BBC Watch)
Since Twitter kept coming up in the conversation I had a look at his twitter profile. A link to a glowing review of a Noam Chomsky lecture - remember Jane Bradley ?- augured badly. 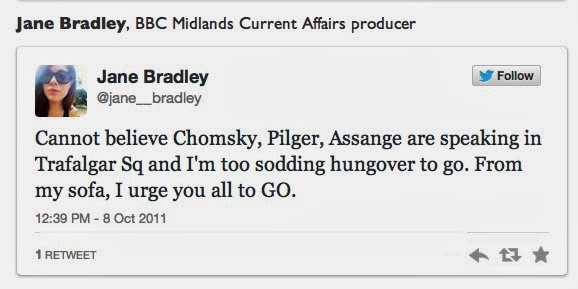 And he’s a fan of Peter Oborne. The Peter Oborne with the  pathological fear of the Jewish Lobby, who alleges that Israel is the tail wagging the American dog. 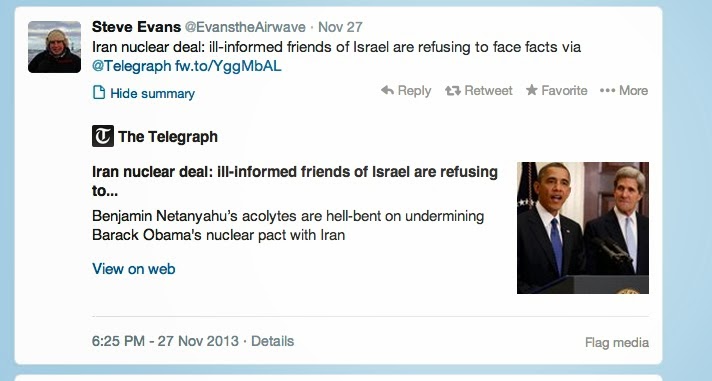 That’s not enough to make him an antisemite, is it? But, still, the BBC is full of Jane Bradleys, and people who can’t put together a coherent sentence (think complaints department) so goodness only knows what they know of Israel or what they really think about over-sensitive Jews.
Last, and arguably least, Steve Evans used the word ‘fruitcake‘ in one of his comments.  How significant is that? 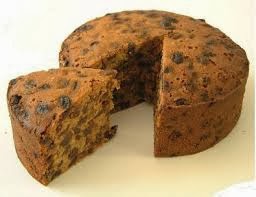