Who's doing the setting up here? 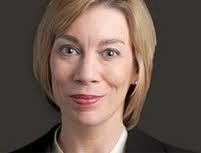 Oh, good grief, I've only just begun listening to today's Broadcasting House and I'm already thinking an early night would have been a much better option.

Their loaded language, however, also had a strong whiff of bias to it, suggesting it was a right-wing plot. (Mr Gove seems to be the bogeyman of the Left). Here's how.

Two think tanks are in the frame for being hostile to Sir Michael - Civitas and Policy Exchange.

Civitas is generally considered mildly centre-right, with tendrils reaching into the Guardian. Both Paddy and Louise chose to label it simply as "right-wing". Hmm.

But was Policy Exchange really set up by Michael Gove? I was suspicious because I'd never heard that before.

Well, no, the BBC's Louise Stewart was wrong. Policy Exchange was mainly Archie Norman's brainchild. He set it up with Francis Maude and Nick Boles. They then hired Michael Gove to be their first chairman.

It is, therefore, simply false to describe it as "another think tank set up by Michael Gove".

If Louise was simply mistaken, it was simply that - a misleading mistake (albeit a painful one for a BBC political correspondent to make). If she wasn't, then it was a smear, pure and simple.

Maybe I ought to ask the BBC to clarify which it was. But first...bed. Good night.
Posted by Craig at 22:10