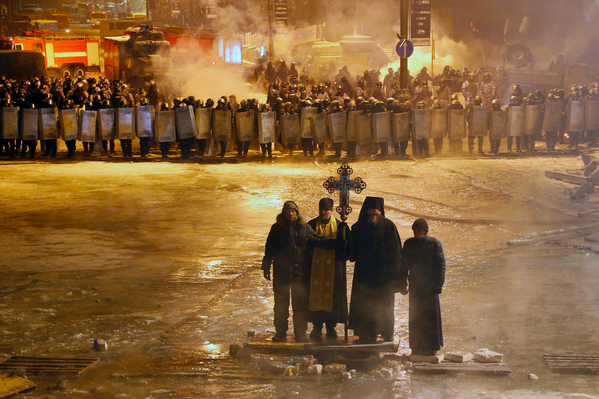 Then came a fascinating interview (by Trevor Barnes) with Dr Irving Finkel of the British Museum on the remarkable discovery of an ancient Babylonian cuneiform tablet - a sixty-line passage from their Story of the Flood written around 1750 B.C. What's new in this telling of the story is that the ark built to carry the Babylonian Noah was a round vessel - a sort of huge coracle about two-thirds the size of a football pitch. As it was round, all it could do was float. And that's all it needed to do - just bob about, keeping anything on it safe and sound until the flood waters subsided. Unlike any of the other Babylonian accounts of the Flood, this one also mentions that the animals went in two by two - an interesting echo of the account in Genesis. The main difference between the Babylonian and the Biblical accounts, according to Dr Finkel, is that the Babylonian gods chose to wipe out the human race because they were too noisy whereas the God of the Bible chose to wipe humanity out because of its sinfulness. 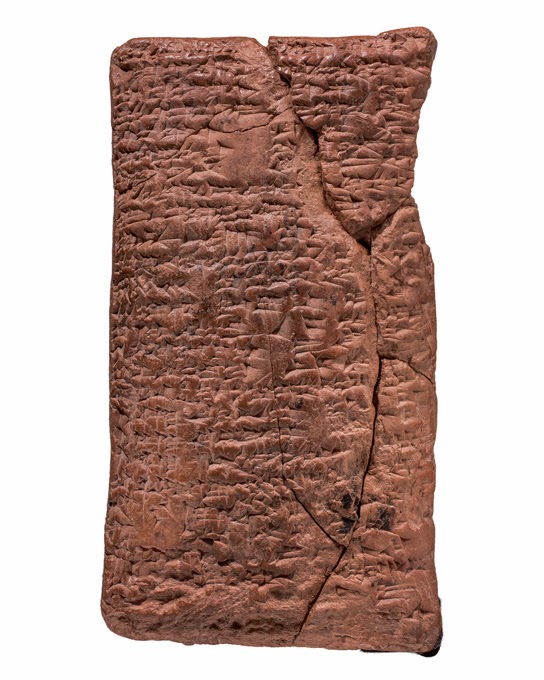 Dr Finkel was asked for his views on the Bible. This was his reply:

My view of the Bible is a very sympathetic view because it was put together out of very disparate sources, I think for a very specific purpose, and it has had a durability of a remarkable length of time. It is worth considering this, that when the Bible was being written down the Judean population, for whom it became their central text, they were surrounded by the religion of the Babylonians and the Egyptians, with their big powerful gods, huge pantheons of gods, and all those gods have gone forever but the God that was central to the Judean tradition is still alive and the Jewish religion is exactly the same thing as it was at that stage. So you have something quite remarkable, that this ramshackle group of people who were taken out of Jerusalem, dispossessed and dumped in Babylon, ended up with a religion that is still alive today.

Next it was onto a familiar Sunday theme, banks and alternative banks. This focused on a new not-for-profit "community bank", run entirely by volunteers from St. Andrew's Church in Hampton, Kent. The programme's website blurb frames this feature well:

As the world's economic and business elites gather in Davos the first church bank opens in Kent. William talks to the Bishop of Dover, Trevor Wilmott, about the project and what difference it might make.

People can put their savings in it, take out loans, sit and have a coffee, get debt advice and receive counselling. In time, there will be craft activities and games for children. 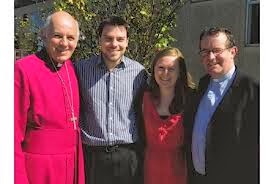 Bishop Trevor blessed the bank the other day (above), so he's naturally a warm supporter of it, and we didn't hear any dissenting views.

It all sounds much like the Big Society in action to me, and good luck to them.

From one favourite Sunday theme to another - women priests (shading eventually into women bishops), and it was time for William to chat to Thought for the Day (and Sunday) regular Christina Rees, one of the leading campaigners for women bishops. She took the opportunity to bash "patriarchy and male heirarchy" in the Church and called for women bishops. This is much as you expect from Sunday, with its pronounced liberal bias.

Still, she brought with her an interesting story - the story of the first Anglican woman priest, Rev Dr Florence Li Tim-Oi. She was ordained as a deacon by Bishop Hall of Hong Kong seventy years ago this weekend (25 January 1944), because the Japanese occupation of northern China prevented priests from travelling to perform the eucharist. Bishop Hall informed the then Archishop of Canterbury, William Temple, who replied saying he couldn't condone his action but gave them both his blessing. "A kind reaction", Christina called it. Other Anglican bishops, however, were furious and wanted Bishop Hall's resignation. To forestall that Florence Li Tim-Oi renounced her licence but not her holy orders. She then lived for thirty years in Maoist China where she was banned from her priestly duties, forbidden to express her faith publicly, forced to cut her vestments into shreds with scissors in front of them and then put out to feed the chickens. When things in China eased after Mao's death, she began to minister again and then left to join her family in Canada. Christina credits her visit to England in the 1980s with Archbishop Runcie's decision to support the ordination of women. When he met her he said, "Who am I to say who God can or cannot call?"

Next up was a discussion centred on a new report from the religious think tank Theos (launched November 2006, with Sunday's Edward Stourton presiding) about the political affiliations of faith groups in the UK. One of the report's co-authors, Nick Spencer, was put up against a less-than-wholly-enthusiastic left-wing politics professor from Manchester University, Maria Sobolewska (who, incidentally, doesn't much like 'the Tory cuts').

The report itself is interesting. (You can read a short version of it here). It comes with a fair few caveats, foremost of those being that there's no U.S.-style religious bloc vote in the UK and no moral majority issues. Moreover, it makes it clear that there are other overlapping factors - the historical attachment of certain communities to a particular party, regional attachments and ethnicity - which may be more important. Also, regular churchgoers of whatever denomination share a lot in common, such as now-untypical views in favour of high welfare spending and taxes.

Basically, though, it finds that Anglicans and Jews are more likely to vote Conservative, Catholics and Muslims more likely to vote Labour, and Buddhists more likely to vote Lib Dem. Hindus used to be Labour-inclined but are growing less so, and Sikhs also have a Labour tilt but are more evenly split between the main parties. Among the Muslims, the Bangladeshis are overwhelmingly pro-Labour, the Pakistanis less heavily so (having switched to the Lib Dems recently). The stats are derived from many decades' worth of editions of the British Election Study and around ten years' worth of the British Social Attitudes Survey. 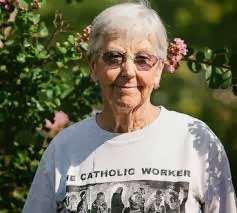 Next up, it was a real Sunday classic - a report on an American left-wing activist nun from the BBC's biased Matt Wells. Matt almost guarantees Radio 4 listeners a left-leaning perspective on things. (It was he who did that drippingly admiring report about the far-left Catalan nun who so grabbed the BBC's attention last year). Here we heard of elderly nun Megan Rice (above), a pacifist and 'Christian anarchist', who is facing imprisonment for breaking into a nuclear weapons storage facility and defacing it. Matt's report was typically one-sided. Everyone was on Sister Megan's side. (Except, presumably, those who aren't, who we didn't hear from).

The closing section of this week's Sunday returned to a subject they touched on a couple of weeks ago - violence against the clergy. Then, you may recall, they seemed rather intent on dismissing the calls of a "centre-right think tank" (as they remembered to call it) for such attacks to be branded as religiously-motivated 'hate crimes'. William reminded listeners of that (this time calling it a "right-leaning think tank").

This week we heard more worrying testimony from clergy with experience of this kind of thing and Sunday carried out a survey, inviting every diocese of the Church of England to respond, into whether the Anglican hierarchy is providing enough training to its clergy to help them cope with situations of abuse and the threat of violence. It clearly isn't. Only one third of responding dioceses said such training was offered. Some people want compulsory one-day training courses for all clergy, and the programme seemed to enter campaigning mode on behalf of that point of view. BBC favourite Bishop Stephen Lowe (on his way to The Big Questions studio to sit next to Seamus Milne of the Guardian) was then interviewed and was also sympathetic to this way of thinking.

Bishop Stephen did drop a bit of a bombshell though. As William invited him to dismiss (again) that think tank's suggestion that such attacks were based on religious hate, Bishop Stephen agreed but then added that he had come across some such attacks on clergy (not many, but some). He specified the attackers as Muslims. William didn't explore that point any more.

Such was this week's Sunday - plenty of food for thought and a decent smattering of BBC bias for good measure!

Next week's edition will be a special, hosted by Ed Stourton, on immigration and religion. Gawd 'elp us!
Posted by Craig at 15:07