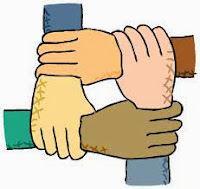 Radio 4's Immigration: Good for Whom? was billed by the BBC as a debate between "two leading liberal thinkers" - Prof Paul Collier of Oxford University and David Goodhart of the centre-left Demos think tank - and Nazek Ramadan of Migrant Voices and Susie Symes, Chair of the Museum of Immigration and Diversity. It was hosted by The World Tonight's Ritula Shah.

Paul Collier and David Goodhart advanced various nuanced and interesting arguments for proceeding cautiously with excessive immigration whilst still taking a pro-immigration position. Susie Symes and Nazek Ramadan were deeply against them conceding even that much and seemed to wish for the immigration debate to proceed purely along enthusiastically pro-immigration lines instead. A lively debate between these two contrasting strands of left-wing opinion ensued, with the latter pair criticising the arguments of the former pair (or criticising them for even making them).

That kind of debate is already some way removed from the bulk of the general public whose settled opinion on the issue is very far from Susie and Nazek's point of view, and not that close to Paul or even David's either. The public, by and large, is somewhere else - and it wasn't on the panel.

There was an audience though.

Exasperatingly though, this was a BBC audience - the kind you find attending BBC One's Question Time; in other words an audience that only seems representative of other BBC audiences.

Most of the audience members who spoke were strongly pro-immigration and spoke enthusiastically about diversity and immigration.  Many were migrants themselves, or migrant right workers, etc. The craziest left-wing remark got the largest round of applause, and all the other prolonged applause was for pro-immigration ultra Susie Symes.

Yes, it was that kind of BBC audience.

And, yes, it was that kind of BBC programme about immigration.
Posted by Craig at 20:04

Labels: 'Immigration: Good for Whom?'