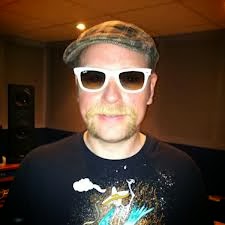 There were a lot of very angry elderly bingo players during tonight's The Unbelievable Truth. I even had to duck as an ashtray narrowly missed my head after one particularly fanatical player of Radio 4 Comedians Bingo registered her frustration at Marcus Brigstocke barely believable failure to attack The Daily Mail.

Despite some mockery of Christian belief, all the Radio 4 comedians present failed to make any jokes about Michael Gove or the Bullingdon Club or baby-killing Tory prime ministers. It was the lowest-scoring edition of the programme yet, and a thousand cigarettes in the Radio 4 Comedians Bingo Hall were lit, quickly smoked and angrily stubbed out during the course of it. And, oh, the swearing!

The mood in the hall got even worse during Rufus Hound's 'funny turn' towards the end of the programme. Even the The Unbelievable Truth audience stopped laughing - and up till then they'd seemed capable of laughing at anything. Even Marcus Brigstocke.

As Edmund Blackadder might have put it, Rufus Hound's turn on tonight's show was about as funny as getting an arrow through your neck and then finding there's a gas bill attached to it.

Rufus, of course, is very much the man of the moment. Everyone's talking about him (except for almost everyone else).

Yesterday, he was the BBC News website's 'Hero of the Hour', being granted a full-length plug article about his decision to stand for election for a pro-NHS party.

Today, he's the Daily Telegraph, Daily Mail and Biased BBC's 'Zero of the Hour' for saying (on his blog) that David Cameron "wants your kids to die (unless they're rich)". (Mr Cameron's own son Ivan died aged six a few years ago).

Blog favourite Damian Thompson is certainly gunning for the BBC:

Auntie, did you miss Toby Young's blog post in which he revealed that BBC comic Rufus Hound is telling voters that "David [Cameron] and Jeremy [Hunt] want your kids to die"? (He's standing in the Euro elections for some loony Left party "supporting" the NHS.)
Imagine if a Right-wing blogger joked that Gordon Brown wanted children to die. There would be an outcry – and, if it was one of the Telegraph bloggers, an instant sacking.
I don't want to spell this out the BBC, but it seems I need to. Mr Cameron, like Mr Brown, has lost a child; to suggest that he wishes that ordeal on other parents is despicable.
So, BBC, you can't escape this one. What's your response?

While we're waiting for the BBC's response (and to re-lighten the mood), here's Elvis. Altogether now,