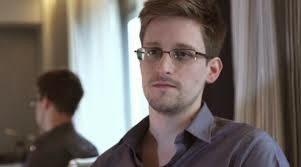 Friday's edition's coverage of the Edward Snowden/NSA story took the Guardian's line on the story - hook, line and sinker:

Today, even as President Obama ordered new limits to U.S. surveillance practices, he was still defending the National Security Agency. Is it now time to give an amnesty to the man who triggered all of this, Edward Snowden?

Alan Rusbridger could hardly have framed the story better. Zoe Conway's report was similarly sympathetic to the Guardian line, though her report balanced out that initial (slight) scepticism about President Obama by featuring the admiring comments of Joel Brenner, former NSA Senior Counsel. And then it was onto the UK government, and the question of whether it should bring in new checks on Britain's spies. The 'talking head' here was Lib Dem Sir Menzies Campbell, backing up that call for a review of the law. Zoe ended by saying that "many" think Edward Snowden should be given an amnesty.

So far so biased...and this was followed by an interview with Snowden supporter, Noam Chomsky (yes, Noam Chomsky!), conducted (respectfully) by Kirsty Wark. Prof. Chomsky believes Mr Snowden should be honoured.

The bias had worsened. Then it reversed...somewhat. In the studio was former Cabinet Secretary Lord Butler and David Anderson QC, Lord Carlile's successor as Independent Reviewer of Terrorism Legislation. Both Lord Butler and Mr Anderson were critical of Edward Snowden. Kirsty questioned them both from the pro-Snowden, pro-Guardian stance and didn't treat them as respectfully as she'd treated Prof. Chomsky - questioning them strongly and interrupting them frequently (especially Lord Butler).

It seems (I think) clear where Newsnight's sympathies lie here, but they did at least attempt a modicum of balance in their guest selection here.

My personal views on this issue could hardly be more conflicted - which is a polite way of saying I can't make my mind up on it. British and U.S. intelligence are the good guys, protecting us from foreign enemies and terrorists, yet the state has far too many powers and interferes far too much in our lives - and, yes, I do wonder if I'm far too trusting of our intelligence services. Similarly, though I'm pro-police and have found my local police force/service to be nothing but helpful, and though I find the circus protesting the lawful killing (by police) of Mark Duggan quite distasteful, many recent news stories have rather shaken my trust in the police. Again, I'm conflicted on the issue.

Newsnight, less so. They dredged the Duggan story up yet again, and this was the angle chosen:

The shooting that sparked the English riots. Why did the Police Complaints Commission [note the omission of the word 'Independent' there] falsely claim the victim had shot a policeman and why did it take so long for them to retract it? "The fact that they knew and let the story run for days should have led to serious resignations. 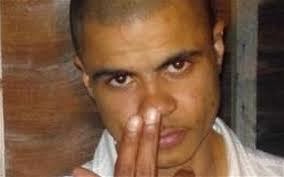 Jim Reed's report concentrated on the "serious questions that remain" for the police and its sole 'talking head' was Duggan family friend, Stafford Scott of Tottenham Rights - who also appeared in the Newsnight studio during the previous week's Duggan discussion. He was critical of the police. Again. And again.

So what about the other side of the story? Well, the IPCC shot itself...in the foot... by refusing to appear on the programme. (Or maybe they reckoned that nobody but bloggers about BBC bias still watch the thing!). Newsnight moved on with no redress...

...onto Jeremy Clarkson, and his tweeting of a photo of himself on a plane, sleeping, as someone put up a card next to him (with an arrow pointing to him) saying 'GAY C**T' - something "many", said Kirsty, would find "offensive". There's been outrage on Twitter, and outrage on Twitter is very much Newsnight's thing. Jeremy has since apologised but, as Kirsty put it, "is it a case of too little too late?" Anti-bullying campaigner Ben Cohen was interviewed by Kirsty, and pronounced himself "shocked" and "disappointed". He wants the next generation educated so that this sort of thing never happens again. Kirsty stirred matters by saying it wasn't a fulsome apology and asked him to imagine what the gay son of someone who watched Top Gear would feel if he saw that tweet - a leading question, which he could hardly not follow. (Does Newsnight want rid of Jeremy Clarkson? The Guardian side of the BBC resenting the non-Guardian side of the BBC?)

Newsnight wanted to speak to the man himself, but he wasn't available. (He has a life and, being Friday night, was probably out living it).

Friday's edition ended with some piece of froth about extreme fitness crazes from Nimrod Kamer. I'm sure it was fun but I was in a somewhat grumpy mood following the three previous features and was in no mood for it. An Israeli satirist accompanied by the music of Wagner. That was my one and only thought about this piece.
Posted by Craig at 20:58