This morning's Sunday began with a short appraisal of the life of Ariel Sharon from the BBC's Kevin Connolly, beginning with Mr Sharon's role in "what Israelis call their war of independence" (as Edward Stourton put it).

One area that interested Kevin and Ed was the changing nature of Zionism. We now tend to think of Zionism as being "associated with Orthodox religion", said Kevin, but in the early days it was largely a secular, socialist movement driven by the urge to build a new kind of society based on the principles of the Left, and the Sharon family belonged to that secular tradition.

The Palestinian hatred of him was discussed. "It's a slightly uncomfortable thing to deal with in the context of writing people's obituaries, but there's no point in papering over the fact that Ariel Sharon was hated by Israel's Arab enemies", said Kevin Connolly.

As ever we're running out of time", said Ed - clearly with something on his mind (which we'll come to later). 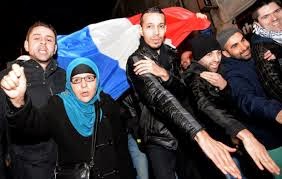 He then talked to the BBC's John Laurenson about the growing campaign in France to ban the controversial French Comedian Dieudonne over his anti-Semitic material.

John filled in the background, saying that before his notoriety, Dieudonne achieved fame playing comic roles in films - roles he got because some of the funniest comics in France "really rate him". John himself said, "He is quite good, in a Bernard Manning kind of way". He said he didn't have "the anti-Jewish thing" nearly so much back then, and "was more ecumenical in his hatreds". Now his performances have become more like political meetings, says the French minister. "And he does have a point", said John.

This latest business was sparked off by one joke - which, unlike Sunday, I won't repeat here. It was a joke (a "so-called joke", John called it) which made light of the Holocaust. "You use the word 'joke'. It doesn't sound funny at all", said Ed.

John Laurenson said his following is "rising very fast". He's got an extreme right-wing following ("no surprise there, I suppose"), but "his fan base traditionally is more trendy left-wing, and the part that's really rising quickly, I think, is the black and Arab-origin kids who are very numerous."

We then heard a clip from Arno Klarsfeld (son of Serge) from the Sons and Daughters of Jewish Deportees from France, who is calling from demonstrations against Dieudonne outside French theatres and who said, "What he says is exactly what Hitler used to say in the 1930s, that all wars are begun by Jews, Jews control the world, and to that he adds that the Shoah didn't take place and that he regrets that not enough Jews have been killed in the gas chambers. So he's a perfect anti-Semite".

John Laurenson then said it was "a bit of a lose-lose situation for France" - "either they allow him to forment hatred of the Jews or let him look like a victim of the system which Dieudonne portrays as pro-Jewish if not simply run by Jews."

He then described the 'quenelle' - a sort of "lowered Heil Hitler salute", he called it.

They then turned to Anelka's statement that Dieudonne's not anti-Semitic. John Laurenson said, "He says he just wants to be able to joke about Jews like people joke about black people. But the fact is that no one does joke about black people in this way. I mean, not any more in any case. And if anyone did joke about the slave trade, for example, in the way he jokes about the Holocaust they'd have just as much trouble with the law." Indeed.

John Laurenson is one of the few BBC reporters I rate highly. For the reason why, please click here. 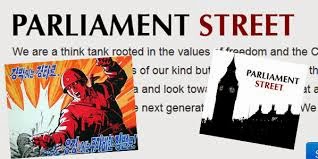 Talking of Dieudonne, the next feature examined a new campaign calling for an extension of Britain's 'hate crimes' legislation. As regular readers of Is the BBC biased? will be all too aware, that's a typical Sunday story: some left-wing campaign group denouncing the government or calling for a change in government policy gets a platform from Sunday. What wasn't at all typical for Sunday is that this week's campaign group was not a left-wing one. No, those calls come from a think tank called Parliament Street, which Ed Stourton specified as being "centre-right" in his introduction to the story. It is campaigning for attacks on the clergy to be classified as a 'hate crime'.

Sunday wasn't exactly supportive - to put it mildly. First come a report from Lincoln by the BBC's Bob Walker. Bob interviewed a vicar there who has been attacked, several times a year. The vicar doesn't back Parliament Street's campaign, saying that the attacks on him have been by the marginalised, the vulnerable, those with mental health problems, those on legal highs (and the occasional gangmaster). "Very seldom is there any malice in it", he said, and its "nothing to do with our faith."

Then came Ed Stourton's interview with Parliament Street's Stephen George-Hilley. Ed adopted a sceptical tone and challenged him three times from a sceptical position. One of Ed's points was that "it's difficult to prove it's a religious motivation". It's funny how easily BBC interviewers realise that rather obvious point when it comes to, say, practising Christians, but how rarely it dawns on them whenever the issue arises with regards to those social/religious groups towards which they behave with more 'sensitivity'.

Another campaign formed the subject of the next segment - "Flesh and Blood", a campaign to mobilise the church to increase the number of blood and organ donors in the UK. This prompted a report from Trevor Barnes reports, who began by saying that it's thought that three people a week die because of lack of available organs. We heard from the Bishop of Carlisle, an academic from Bedford University, someone from the Muslim Council of Britain and the minister and congregation at a Baptist church - all were strongly in favour of the campaign. Rev George Pitcher, former spokesman for Rowan Williams, put the other side of the argument, worrying that people with moral concerns and other doubts about organ donation might feel pressurised into them if they are told to do so from the pulpit. As ever, the report ended with the side suspect the programme seemed to be on - the pro-"Flesh and Blood" Baptist minister. 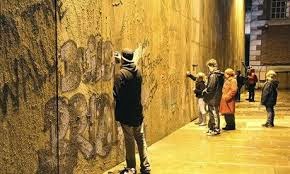 Last week's double interview with the Rev Lucy Winkett and Alan Johnson over the 'Bethlehem Unwrapped' stunt outside St. James's Chapel, London prompted some e-mails to the programme. This is how Edward Stourton read them out in the middle of today's edition:

We've had lots of e-mails in response to last week's discussion between Alan Johnson and Lucy Winkett about the 'Bethlehem Unwrapped' festival. If you heard it you'll remember the festival involved building a replica of the Israeli separation barrier in the west end of London.

Many of you felt frustrated that the item wasn't given more time - and we often feel tyrannised by the clock too it has to be stated - and a number of people objected to Alan Johnson's comments about the Israeli campaigner Jeff Halper. Sharon Green e-mailed: "I was very upset to hear your interviewee, Professor Alan Johnson, describe Jeff Halper as an 'extremist' on last Sunday. Born in the United States, Professor Halper is a Jewish-Israeli university teacher who was nominated for the Nobel Peace Prize in 2006."

On the other side, several people e-mailed to support Professor Johnson, and then we had this rather different rebuke from Dr Katty Jennerson: "I wish you wouldn't be quite so keen to maintain an appearance of even-handedness"...which is one way of looking at it I suppose!..."Professor Johnson used his time to defend the Israeli wall. I would have been far more interested simply to hear from Lucy Winkett how people have been reacting to the wall at St. James's Church and how their view may have been changed as a result".

The massive irony there is that someone is telling Sunday off for being too even-handed just as Edward Stourton was reading out two e-mails both from the Lucy Winkett side of the argument. When Ed said, "On the other side, several people e-mailed to support Professor Johnson", wouldn't you have thought that he'd have tried to balance out Sharon Green's e-mail with at least one of them? As someone once said, you couldn't make it up!

Next came an interview with David Blunkett, talking about Paul Goggins, the Catholic Labour MP who died this week. Mr Blunkett,  a Methodist himself, was a friend of Mr Goggins, a Christian socialist. From what Edward Stourton and he had to say, Paul Goggins was clearly a saintly, good-humoured and deeply principled man about whom nobody - not even his political opponents - had a single bad thing to say. His first step to canonisation may not be long in coming by the sounds of it. May flights of angels, etc...

A report followed. An early Christian manuscript, the Codex Zacynthius, has been put up for sale by the Bible society with a price tag of £1.1 million, and Cambridge University Library wants to buy it, if it can find the money. The BBC's Charles Carroll heard from the would-be buyer, Dr Ben Outhwaite of Cambridge Uni, and the seller, Paul Woolley of the Bible Society. The latter wants the money to fund a new visitor centre in North Wales. Dr Outhwaite described why he thinks it's one of the greatest early Christian manuscripts, despite it's "not very exciting" and sallow appearance (the latter down to its being "covered in the grease of many palms" over many centuries). It dates from around the 6th to 7th centuries and is a palimpsest, where one document is written over another one, offering clues about the early transmission of St. Luke's Gospel. The main concern of all the contributors (including the BBC's Charles Carroll) was that it shouldn't fall into private hands and disappear from public view. That would never do.

"Is the devil out of date?" That was the question for Bishop Pete Broadbent and  Reverend Tim Stratford, Archdeacon of Leicester, in the light of "the Church of England row" over the new baptism wording pilot [there's almost always a C of E row story on Sunday!]. Is baptism without the devil and sin not baptism at all? Well, Bishop Pete takes the latter point of view, believing that the new wording "denudes the service of its meaning". Rev Stratford, who helped draft the new liturgy, disagrees, saying the traditional wording is "making the shutters come down on people's eyes".

Dost thou, therefore, in the name of this Child, renounce the devil and all his works, the vain pomp and glory of the world, with all covetous desires of the same, and the sinful desires of the flesh, so that thou wilt not follow, nor be led by them? 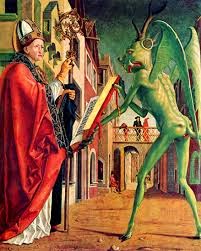 Manchester is emphatically unrepresentative of Britain as a whole - it's about as solid tribal Labour as it's possible to get, for example. Thus, was it really any surprise that the first vox pop from the streets of Manchester on today's Sunday when asked what he thought of what he heard the words 'the devil' said "Margaret Thatcher"? It was also interesting that the editors at Sunday chose to make that the first of their vox pops, thereby giving it especial prominence. Why on earth would they do that?

As weather forecasters might say, and that's your Sunday!
Posted by Craig at 14:25