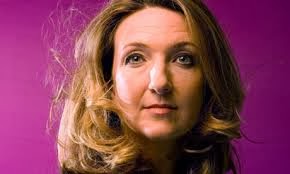 Onto Thursday's edition of Newsnight.

This began with the subject of the Abortion Act.

From those results, I draw the conclusion that the vast majority of Brits are cautious and conservative when it comes to the issue of abortion. That only 4% of respondents believe that abortion should be raised above 24 weeks is a striking statistic.

You wouldn't think that from this edition of Newsnight.

In the opening report (from Zoe Conway) we heard from the author of the 1967, Lord David Steel, who wants us to fall in line with 'our European partners' and expressed his fears about those who want to restrict the law, and from pro-abortion campaigner Keri Able of Abortion Rights who wants the process made less rigorous. Against them Zoe mentioned the "outraged and upset" types who are shocked at the number of abortions being carried out in the UK (nearly 200,000 last year) and Conservative MP Mark Pritchard make a brief appearance to put the other side of the argument - and I do mean brief. The report's tilt was in one direction.

The following studio discussion should, it goes without saying, have featured a pro-abortion and an anti-abortion guest (however shaded those categorisations might be). It didn't. It featured two strongly pro-abortion guests, Ann Faredi of the British Pregnancy Advisory Service, who wanted the rules on abortion relaxed, and Clare Gerada, former chair of the Royal College of General Practioners, who also wanted the rules on abortion relaxed [and dismissed the concerns about sex selection]. That's BBC bias in action, surely? 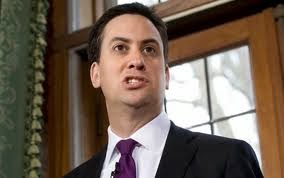 Then it was onto the Tories's minimum wage rise proposal and Labour's banking reform proposals. Ed Miliband's "momentum" on the cost of living will be built on tomorrow in an Ed speech. The Tories' move on the minimum wage, announced today, is therefore "a pre-emptive attack" on Labour, Or so said Victoria Derbyshire in her introduction. Some (especially Tories) might describe that as a loaded way of putting it.

Emily Maitlis (standing in as Newsnight's political editor) echoed that, also insinuating (very strongly) that it a political ploy by the Tories. Her gloss outlined the Chancellor's proposals, presented the potential for Lib Dem-Tory conflict and brought up the issue of 'the Nasty Party'. She then outlined Labour's view.  As for Ed Miliband's speech, Emily outlined (at some length) what he would say about the banks (with no sneering), and outlined Labour's criticisms of Mark Carney (governor of the Bank of England) for his criticisms of Labour's proposals.

Then Victoria interviewed Lib Dem Vince Cable (always the BBC's favourite Lib Dem). Vince claimed credit, and Victoria stirred up conflict between the two coalition parties. Shouldn't George Osborne have consulted you? What is the Tories' motivation? Why have you taken so long to raise the minimum wage? What do you think about Ed's plans? Those were Vicky's kind of question.

Next. I've noted before that the BBC seems to have a strange fixation on one angle when it comes to reporting Africa - say, Uganda or Gambia - and that's the issue of gay rights in those countries. Now "conservative" Nigeria has enacted severe anti-gay laws and Newsnight pursued the matter. They also turned it into an issue for David Cameron, suggesting hypocrisy on his part. The PM committed himself to using aid to ensure pro-same-sex policies in countries like Nigeria, but seems to be doing nothing now. Newsnight implied that something should be done. Something should always be done, if you listen to the BBC.

I'd rather thought that even the most happy-clappy Arab Spring enthusiasts at the BBC had given up on the phrase 'Arab Spring', except to use it wistfully, but here it was again being used in the feature on the two Oscar-nominated Arab films - one about the anti-Mubarak uprisings in Egypt and the other about the violent suppression of the 'revolution' in Yemen. Both directors are women. Both are Westernised in appearance. Both are liberal. Both are pro-women's rights. Both are, therefore, BBC-friendly. Are they representative though? Of Egypt and Yemen? I very much doubt it.

Finally came a piece of the "baffling" quietude of the sun, our favourite star, and its implications for 'global warning'. [I have to say, having listened to the BBC for many years, that I didn't think there was any connection between the two]. Alas, according to BBC reporter Rebecca Morelle, that's not good news for our chance to view the northern lights. Why? Well, it's time for the Maunder Minimum again, apparently. Prof Richard Harrison, head of space physicists at the Rutherford Laboratory, said we've seen nothing like it since the 17th Century. Dr Lucie Green of UCL (and the BBC) agreed, but expressed her uncertainty about what it all means. Mike Lockwood of Reading University says it's the fastest rate of solar decline for 10,000 years. It's all very "complicated", said Rebecca. Lucie says, in line with standard 'global warming' thinking, that human activity is likely to counter the cooling effects of the sun's sleepiness. She echoes the fact that it's hard to predict what that's going to mean. Is this the new 'consensus'? That no one admits to having a clue about how things are going to develop, climate-wise? That's a change, isn't it?
Posted by Craig at 22:29