The One Side of the Argument Show 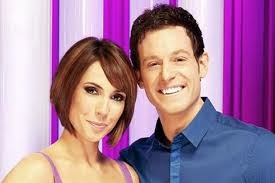 We have received complaints about Paul O'Grady's appearance on the One Show on 14 January. Some viewers felt that his views on benefit reform were not adequately challenged.

The One Show is a topical magazine programme which occasionally reports on prominent news stories. Following media coverage of the debate around Channel Four's Benefits Street, The One Show asked members of the public for their views on the programme. A variety of opinions were heard from all sides of the debate. Following this, and in keeping with One Show tradition, the presenters discussed the issues raised with that day's studio guest, Paul O'Grady. Paul was clearly identified as a Labour supporter, and he was challenged on how he would reduce the benefits bill. Paul's views were forthright, and on reflection more could have been done to put them into context, but it is important to note that balance can be achieved across a number of programmes, and this is a subject that the One Show has covered before and hopes to revisit again in the future.

The situation arose when The One Show tackled Benefits Street. The presenters' build-up to it stressed its controversial nature and detailed the opposition it's aroused - hardly a neutral-sounding build-up.

After a clip Paul O'Grady, a Labour supporter, was asked what he made of it. He sounded off:

It’s one of those programmes to get middle England ‘up in arms’. These people are the sacrificial lambs on the altar of light entertainment and they have gone willingly: a smart tongue has got them to say all sorts and it is a very unfair representation of unemployment in this country. A lot of people do not choose to be on benefits and this is portraying everyone on benefits as doing it because they want to, not because they have to - it's shocking.

Fair enough, as that's his view. The criticism of the BBC arose because the complainants felt he had not been "adequately challenged" by the presenters.

Watching this edition of the programme, it's certainly true to say that Paul O'Grady's highly partisan views weren't adequately challenged; indeed, that's something of an understatement. His denunciation was accompanied by large numbers of agreeing 'noes' and 'yeses' from both Matt Baker and Alex Jones, and Matt even said, "Yes, I think a lot of people second your views. That's why there's been such a backlash" at one stage.

When Paul O'Grady complained about The Daily Mail, saying it would keep banging on about benefit scroungers for weeks now, Matt added, "Yeah, I know".

Later Matt, asked him, "Well, Paul, you've come out and said what you've said and you're quite vocal in that you're a supporter of the Labour Party, so how would you reform the benefits?" In response, Paul denounced IDS for bringing back the workhouse and being born with a silver spoon in his mouth.

Now, the BBC admitted that "on reflection more could have been done to put them into context". It certainly could.

They were correct, however, in their defence that the vox pops offered by the people of Liverpool - and broadcast by The One Show - were many and various.

And, yes, balance isn't to be judged on a single programme but over time. So, a robust defender of Benefits Street and IDS and/or a strong critic of 'benefits scroungers' should, presumably, be given an easy ride some time soon then.
Posted by Craig at 22:27

Labels: 'The One Show', BBC Complaints