In the wake of all those uplifting pro-immigration stories and items featuring irreproachable Bulgarian and Romanian professional individuals who intend coming here, or who are here already, I was stunned when a little upcoming item on local BBC TV was trailed....... “How easy it is for immigrants to claim welfare.” The link has disappeared from the BBC iPlayer (it was there earlier) so you'll have to take my word for it.
“They call this country 'a field of wonders!' ” At least I'm pretty sure that’s what this Russian interpreter who helped them apply for their benefits said. However, the item quickly reverted to type, and we were swiftly put right and assured that immigration has a net benefit.
***
“You forgot my name!” laughed Sarah Montague one October morning when, after momentarily hesitating, Gary Richardson, who had indeed forgotten her name,  blurted out “Mishal”.

“I’m the new one” joked Mishal, who was indeed the new one. This mishap must have been considered newsworthy because it occurred ‘live on national radio’ as people on reality TV are apt to say when they’re suddenly overcome with awe at the magnitude of their own exposure.

Incidentally Ms. Husain the only one who pronounces her name authentically, as in Mishal with the emphasis on the ‘Mi’ rather than the ‘al’, because I have noticed that her colleagues call her “Michelle” with the emphasis on the non existent ‘elle.‘
Is this a kind of reverse variation of ‘going native’ as in Yolande Knell’s vernacular pronunciation of ‘Ramull-llah’?
They say Michelle, she says Mishal, let’s call the whole thing a figment of my imagination.
***
Another figment, perhaps of my imagination, made me feel uneasy that the story about Israel deporting Gary Spedding, the youthful looking  pro Palestinian blogger and social media activist occupied such a prominent, some might say disproportionate, position in today’s BBC headlines.

Spedding has form, and in the light of the recent hooha over Caroline Criado-Perez and those threatening and intimidating tweets that Craig mentioned, as well as the plethora of television channels entirely devoted to suspicious people being held at airports all over the world and sent straight back from whence they came, one might think the BBC would understand why Israel decided he was a damned nuisance and sent him packing, rather than acting all outraged at Israel’s rejection of the trouble-making little pest.  Neither the BBC nor Sky are as judgmental as ‘Pick TV’ I suppose.
***
Ever since the deterioration in his health was announced, people who support Israel have been bracing themselves for a tsunami of unflattering obituaries of Ariel Sharon. Think of the adulation that was showered upon another political icon who passed away after a protracted illness not so long ago. All the unsavory bits were edited out of his past and unadulterated adulation reigned  supreme.

Think of that in reverse, and you’ve got the idea. Jeremy Bowen went straight to a wizened Palestinian who had suffered at the hands of Sharon way back, for his opinion. All the allegations against Sharon were dragged out as we knew they would be.
***
Craig mentioned that interview with Diane Abbott and the sharp-suited man with a toffee eclair hairdo. The expressions on Diane’s face were a picture. Here’s but three. 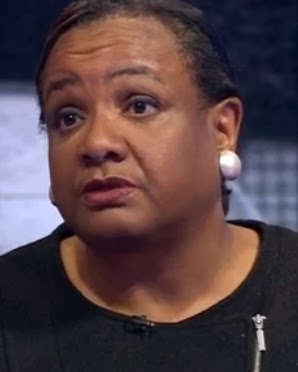 The champagne socialists in her party pretended they sincerely believed that abolishing private schools would automagically make state schools better, which nobody fell for because we all knew that inverted snobbery and the politics of envy was the real reason. 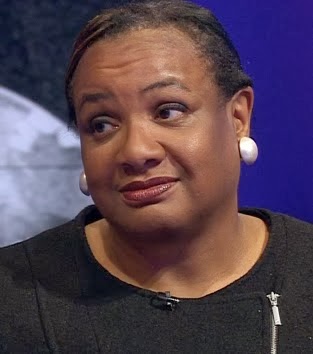 The thing about Diane is that she knew her local state schools were crap, so she sent her child to a private school. (Good for her.)