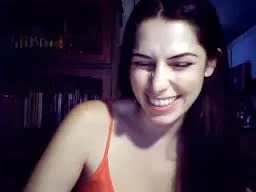 Radio 4's often engaging Beyond Belief tackled the fascinating topic of 'Archaeology and Religion' this week.

Ernie Rea's guests were: Professor Robin Coningham, the man who led the excavation in Nepal which seems to have proved that Buddha lived around 200-300 years earlier than is commonly supposed; Professor Francesca Stavrakopoulou of Exeter University, an occasional BBC presenter who specialises in Israelite and Judahite history; and Professor Tim Insoll of Manchester University, whose main work is in the field of early Islam.

All three believe that they are not biased in their work, preferring to see themselves as disinterested academics pursuing a knowledge of history for its own sake - though Francesca Stavrakopoulou conceded that, being human, even archaeologists can't be entirely certain that they are bias-free. Thus, Francesca herself may be an atheist but that doesn't impact on her work, she says, and Tim Insoll may be a Catholic but that doesn't impact on his work either.

Against this attractively unprejudiced-sounding panel was set Geoffrey Smith, a Christian Zionist. He was interviewed (briefly) midway through the programme.

Though reasonable-sounding, Geoffrey Smith did seem to me to have been set up by the programme, cast as the kind of blinkered person who uses archaeology merely to reinforce his own faith - unlike the programme's three main guests - and, thus, as representing the 'bad side' of archaeology.

As his area of interest overlapped strongly with hers, Francesca Stavrakopoulou was then allowed  to sit in judgement on what Mr Smith had said.

As someone whose views have proved controversial (especially her questioning of the existence of King David) and who robustly defended Ilan Ziv’s film, Jerusalem: An Archaeological Mystery Story after it was broadcast , it was therefore hardly surprising that she gave his views short shrift ("simply wrong", "misinformative" [sic], "distorted", etc). 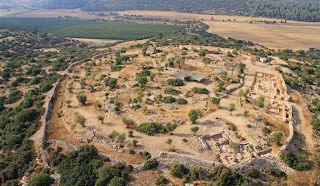 If things weren't bad enough for Geoffrey Smith, there followed an exchange between Ernie Rae and Francesca Stavrakopoulou where Ernie raised "this business about the extent of the kingdom of David - whether it was widespread or whether he was just a tribal leader" and said it was a "a political hot potato".

Francesca suggested it was more plausible to take the dismissive view about King David and said that, even if the Biblical account was true,

David himself, according to the Bible, took on Jerusalem as a site that was occupied by the indigenous peoples before him so, even if you can prove that David made Jerusalem his capital city, brought the symbol of God, the Ark of the Covenant, into Jerusalem and, so, laid the foundations, if you like, for the beginnings of this great state, there were still indigenous people living in that place before him. So it doesn't solve any of the problems that we face today when we look at contemporary Jerusalem.

I think we know where she's coming from on the Israel-Palestinian issue.

Most striking of all, Ernie Rae then raised an example of archaeological sites that become "seriously problematic: "I'm thinking of the Dome of the Rock, the Temple Mount."

Francesca Stavrakopoulou: When it comes to the Temple Mount or the Dome of the Rock it is incredibly difficult. A lot of the digging that's going on in that particular area in Jerusalem at the moment is ideologically charged.
Ernie Rae: A lot of it is financed by American evangelicals...
Francesca Stavrakopoulou: A huge amount.
Ernie Rae: ...who basically think that until you restore the Temple the Messiah will not come again, so I'm tempted to say 'if you want to look at the motivation of the archaeologists, follow the money, find out who's funding it'.
Francesca Stavrakopoulou: That's exactly right. So much of archaeology, particularly in my field, comes down to 'Where does the money come from?'

I have to admit that, even though the subject interests me, I did listen to this programme half-expecting - and fearing - that Israeli archaeology would get a bad press, especially after seeing Francesca's name on the guest list.

Even so, it was still disappointing to find that the sole modern representatives of 'bad' modern archaeologists turned out to be Israeli archaeologists and their Christian evangelical supporters.

It's the sort of thing that leads us to blog about BBC bias.
Posted by Craig at 21:17