A Tale of Two Parties on 'Newsnight' 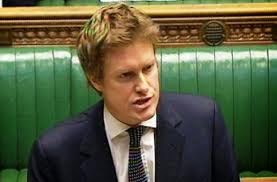 I suspect that supporters of the Labour Party would have been much happier watching last night's Newsnight than UKIP supporters.

A speech by Labour's Tristram Hunt was giving top billing, a report by Chris Cook and an interview by Evan Davis.

Chris Cook's report gave Mr Hunt's ideas a respectful airing and Evan Davis then gave him an interruption-free interview - though Evan did preface their discussion with a comment about an (unnamed) education blogger having described Tristram's speech as "cliche-ridden".

Tristram's interview with Evan was certainly cliche-ridden. Given his past as a BBC documentary presenter, you'd have thought he might have made his ideas sound interesting (especially as they are interesting). But he didn't. It was professional politician's management-speak all the way. Chris Cook made a far better fist of it than him.

The ideas Tristram Hunt are proposing are those that Sarah Montague looked into for her fascinating Radio 4 series, My Teacher is an App - the idea that teaching remains stubbornly old-fashioned in its approach to new technology, that here's a huge wealth of innovative online learning programmes out there which schools are very nervous about introducing into their classrooms. It's still pretty much a teacher and a blackboard (or whiteboard).

After that came the bit on UKIP: Three new scandals for the party and Allegra Stratton popping down to Thurrock and ostentatiously pointing out that the UKIP candidate there was very willing to talk to Newsnight last time they were down, but this time doesn't want to talk to them. Then Evan Davis followed this up by saying that they'd inviting several top UKIP figures to appear but they had all declined Newsnight's invitation.

From a tweet by Douglas Carswell, I think it's possible to see why UKIP declined that invitation:

Newsnight asks if I'll appear on their show. Not after the way they behaved last time. Thanks v much
— Douglas Carswell (@DouglasCarswell) March 20, 2015