Of Hacking, Hypocrisy and Weasels 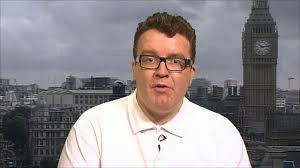 The BBC (and the Guardian) pursued the Murdoch empire relentlessly over phone hacking.

You'll doubtless recall the countless lead stories on the website, the innumerable 'Newsnight' reports, the endless updates on 'PM', all those Robert Peston blogposts, etc, etc, etc. Pretty much every twist and turn in the story received massive attention from the BBC.

Murdoch's Sky is, of course, the BBC's major rival, so they were never going to be a disinterested party. The outrageous thing was how little effort they made to hide the fact.

Of course I could be wrong, and if the BBC reports the growing Mirror Group hacking scandal with the same obsessive focus as it reporting the 'News of  the World' scandal then I'll have to eat my words, won't I? The BBC will have proved itself to be disinterested as the Mirror Group isn't a major rival of the BBC in the way that News Corp is. We will have to see.

At the high court today the Mirror Group stands accused of phone hacking "on an industrial scale" - a scale dwarfing that at the Murdoch newspapers.

According to the FT,

David Sherborne, barrister for the victims, told the High Court that the trial would look at the “size and scale of unlawful activity” at Mirror Group Newspapers (MGN), where he claimed phone hacking was carried out by “scores of journalists”.

He told the High Court that the “vast” amount of phone hacking carried out throughout the three national newspapers “makes News of the World look like a cottage industry and a small one at that”.

How is the BBC reporting this astonishing claim? Well, it is reporting it. It's seventh in its running order on the news website. And the BBC News at Six on BBC One reported it as its next-to-last story, 24 minutes in, just before the 'weasel riding on the flying woodpecker' story - and after two 'Jihadi Mohammed' stories, including more propaganda from CAGE.

Hmm. Yes it's been a day full of of big, harrowing domestic stories - the report into "industrial scale" abuse by grooming gangs in Oxford, the report into the maternity unit scandal at Furness Hospital - but had this been a damaging Murdoch empire story then I suspect it would have featured a good deal more prominently, and not been merely the warm-up-story to the weasel riding on the woodpecker's back.

Plus, David Sillitoe's report for BBC One didn't even mention David Sherborne's most striking claim: that phone hacking at Mirror Group Newspapers made 'News of the World' "look like a cottage industry and a small one at that".

The same cannot be said for the Guardian, which makes that very point its main angle and features thestory far more prominently than the BBC. The Mirror Group is much more of a rival for the Guardian than it is for the BBC, of course.

Everyone seems to be behaving according to their own interests here, don't they?

Incidentally, another of the Guardian and the BBC's go-to-men during the whole course of the 'NOTW' scandal, Labour MP and prolific tweeter Tom Watson, is unusually quiet on Twitter today. He's tweeted nothing about hacking at Mirror Group. [And neither for that matter has Robert Peston]. It's most unlike him not to tweet about hacking. What's gotten into him? Just what is it about the Labour-supporting Mirror Group that isn't exciting his righteous anger as much?

Is the smell of hypocrisy hanging heavy in the air today?
Posted by Craig at 20:42