Islamic State: The liberal-left's take (via the BBC) 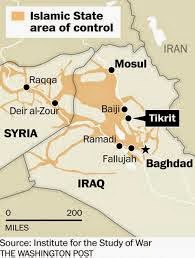 Tonight's PM discussed Islamic State and its seemingly relentless advance, with gruesome terrorist IS attacks in recent days in Libya, Tunisia and Yemen.

I made notes...and, for the sake of not wasting them, here they are...

To my mind Islamic State is now a (terrorist) state, no longer 'so-called', indubitably Islamic, and Iran-like in its exporting of terrorism and Nazi Germany-like in its viciousness, genocidal instincts and sheer evil...(please feel free to disagree)...

Strongly left-wing but often astute Independent columnist Patrick Cockburn was one of the guests on PM. The other was liberal U.S. academic Jessica Stern from Harvard University. It was a classic BBC left-liberal BBC discussion.

As you do (if you're a blogger about BBC bias), I looked up Jessica. She's even got her own Wikipedia entry, which quotes Dateline London regular (and leftist) Isabel Hilton singing her praises:

According to the review by Isabel Hilton in The New York Times, in Terror in the name of God, Stern interviews "Christian, Jewish and Muslim extremists, violent anti-abortion warriors and admirers of Timothy McVeigh, and discovers how much they have in common. Nothing she finds leads the reader to suppose that any of the religious faiths is inherently more prone to violence than the other.

Oh yeah? The perfect BBC expert it seems! (For more, confirming that fact, from the Huff Post (where she writes), please see here).

PC said, in response, that ISIS controls an area the size of Great Britain, that it's conscripting from the six million people it rules, and that it's become "a magnet for jihadis from all over the region" [yeah, and from the United Kingdom too]. He thinks it will go on until it's defeated, "and there's very little sign of that at the moment". 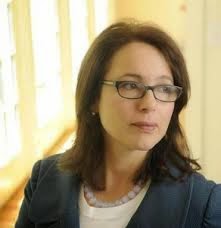 Carolyn asked Jessica Stern if Islamic State was going to spread to southern Europe. Jessica said they are trying to bring that about and that (a) they aim to "goad the West into fighting them in Syria" and (b) they aim to inspire people [of an unspecified but guessable nature] "to carry out attacks at home on their behalf, in their name".

"Should the West intervene in place like Libya?", asked Carolyn. Jessica said that the Libyan government is requesting arms to stop ISIS making their way to Europe, but then deferred to Patrick for his view.

Patrick said he doesn't think there's a solution at the moment and that there are seven wars going on between the Pakistan border and northern Nigeria. He thinks it's difficult to contain Islamic State and that the "attention-grabbing atrocities" we've seen in recent days "aren't that difficult to carry out if you have somebody who's completely fanatical and willing to get killed. It doesn't require great expertise to murder a lot of people praying, or a lot of people in a museum".

Carolyn suggested this meant "impotence" in the face of "this ungoverned space across the Mediterranean".

Patrick said the West and its allies could have done more, that the opposition to IS is "disunited", that there's "no focus", and that there's "very little sign of it being defeated". Even IS defectors say it's well organised, he said.

Carolyn asked about the spread of its appeal. Jessica Stern talked of the "grievances" of Sunnis, which is (she said) "what's making for ready recruits and failed states"...

...and also, unfortunately, this is just has just become a really faddish way to express dissatisfaction with the status quo. People who want to re-invent themselves, not even necessarily Muslims [er, yes, Muslims...100% Muslim], converts [yes, that's better, Jessica. Did you 'misspeak'?], are susceptible to the lure of this sort of canned ideology. It's a way to express unhappiness, a way to...a desire for change, either in one's personal life or political life. We need to address the ideology as well as its military presence.

Carolyn then asked Patrick Cockburn, "it's not a passing fad, that's the problem?"

It's much more than a fad. It certainly does attract discontented people all over the region - a region that's full of people who have very little to lose, who are very poor, who have no jobs, who feel they have been failed by their governments. So it's going to attract all these people. I think that the hope that it's all going to go in the way that it's going to go in a way...that it's going to implode is very much wishful thinking. It's just, they haven't really organised a systematic assault on the Islamic State that they ought to do.

I'm not at all sure what this means in terms of 'BBC bias', despite the left-liberal nature of PM's invitation list. I'd be grateful for any assistance here.
Posted by Craig at 21:20