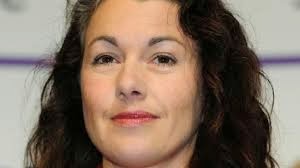 There's a 'breaking news' story at the moment about Rotherham Labour MP Sarah Champion claiming, on parliamentary expenses, the cost of a poppy wreath for Remembrance Day - something which will obviously offend many people, and that inevitably harks back to the parliamentary expenses scandal of 2009.

Sarah Champion was one of the stars of the recent landmark BBC documentary, Inside the Commons. She was presented as someone untouched by the expenses scandal, and vigorously determined to be a parliamentary outsider.

She came across very well, thanks to the BBC. (Even I fell for her). Plus, she's been all over the BBC in the wake of the Rotherham paedophile scandal.

For those who think the BBC has been championing the Rotherham Labour MP, in the wake of the Rotherham paedophile scandal, this is surely encouraging. They are reporting it, after all.

If you look carefully you can even see it on the BBC News website's homepage, about two-thirds of the way down the page in small print (in the 'England' section) with the unspecific headline MP claims £17 poppy wreath expenses. (No name, no party - unlike the Express and the Mail who loudly trumpet 'Labour' in their headlines).

Still, they are reporting it - at least online. We'll have to see where they go from here.
Posted by Craig at 16:16