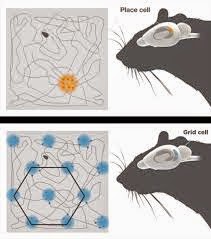 BBC Radio 4's bias towards the arts and the humanities is deeply engrained. However, there are certain exceptions: the jokey Infinite Monkey Cage and the Guardian Science-like magazine programme Inside Science. The occasional series Frontiers looks deeper, but is an infrequent part of the Radio 4 schedule.

However much it may (from time to time) infuriate those BBC bias watchers who hate the BBC's unabashed bias in favour of a belief in anthropomorphic global warming, it remains a wonderful series - and a credit to the BBC. It offers in-depth, insightful interviews with world-class scientists by a brilliantly communicative scientist (Jim Al-Khalili).

This week's interview was with Nobel Prize-winning cognitive neuroscientist John O'Keefe - the man who described the idea of 'place cells' in the brain back in 1971. It's well worth a listen. His enthusiasm for the sound of brain cells "singing" (thanks to the minuscule electrodes that monitor their activity) was touching. He misses not hearing them.

The other beacon of light for science lovers is Melvyn Bragg's In Our Time, which (every few weeks) boldly goes where no Radio 4 programme has gone before.

This week's edition discussed dark matter - that mysterious thing which appears to make up most of the universe. Thank to Melvyn and his guests - Carolin Crawford from Cambridge Uni, Carlos Frenk at the University of Durham and Anne Green at the University of Nottingham - I think I understand the matter now (if, somewhat, through a glass darkly).

Besides the facts, part of the fascination of In Our Time is the excitement of hearing the academics face Melvyn Bragg. Will they be WIMPs or MACHOs? Will they do themselves justice? Will any of them make Melvyn laugh? Will Melvyn get annoyed with them?

In the latest addition, Carolyn Crawford communicated fluently. Melvyn seemed relaxed about her contribution. He understood her (as did I).

Carlos Frenk was, as ever, a superlative communicator. Melvyn seemed awe-struck by him (as was I), and understood him (as did I).

Anne Green, in contrast, was magnificently scientific but seemed to lack the knack of easily speaking in a 'popular science' manner. She flummoxed Melvyn at times (and me). He struggled to understand her (as did I), but he persevered (as did I), and everyone (Anne, Melvyn and me) was a winner in the end.

Is there anything like In Our Time anywhere else in the world?
Posted by Craig at 20:59