The BBC spins another of its own surveys 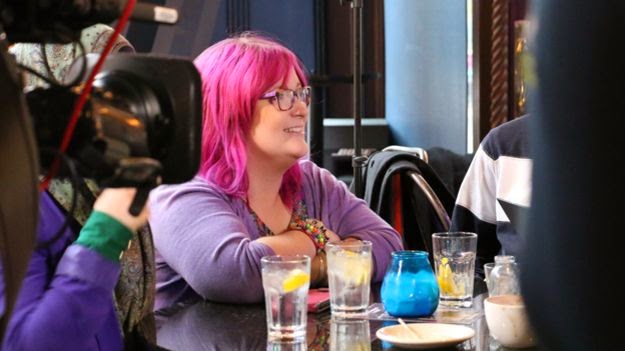 I just don't trust the BBC when it comes to their reporting of their own surveys.

Too often their findings are accompanied by a firm BBC spin (as with the recent Today survey into the views of British Muslims, which Today reported as deeply positive while most other news organisations spotted the deeply worrying 27% figure expressing sympathy with those who carried out the Charlie Hebdo massacre).

Tonight's News at Six on BBC One, therefore, had me Googling the actual poll findings of their latest survey into the voting intentions of 18-24 years olds. Something smelled fishy about it.

The News at Six asked, "What are the issues they care most passionately about?" BBC reporter Greg Dawson supplied the answers:

Greg Dawson, BBC: More than 6,000 young adults were questioned throughout February. The Number One concern? The NHS. 42% said it's a priority.

Vox Pop 1: One of the things that I really, really worry about is if the NHS is further privatised and I've got to pay for my health care and my benefits are cut, where will that leave me?

Greg Dawson, BBC: Almost 1 in 4 want something done about the affordability of housing.

Vox Pop 2: I live at home with my parents. I'm married. In the local area I now live in there would be no way I'd be able to afford to get a mortgage on anyway or buy anywhere. I'd struggle to rent at the moment really.

As the BBC seems to have been campaigning on the issue of affordable housing this week, I thought I'd better check it out.

The NHS - 42%
Keeping down the cost of everyday things, such as food, energy and travel - 33%
Controlling immigration - 28%
Improving the education system - 24%
Improving housing affordability - 23%

So young adults actually care more about controlling immigration than they do about affordable housing, according to this BBC survey - and yet that's something the BBC's main evening news bulletin completely massaged out of its report.

And if you think the BBC News at Six is just a blip, then please watch the short video on the BBC News website, which counts down the top concerns. It will truly astound you.

The concerns are listed as above - 42% NHS, 33% cost of living, 24% education, 23% housing. Again, the 28% figure concerning immigration control is missing. It has simply been censored (and 'censored' really is the only word for it.)

If anyone can explain this blatant piece of manipulation on the BBC's part I'd love to hear it.

It absolutely stinks of spin to me.
Posted by Craig at 19:30