That was my reaction to Kate Adie saying, "The Palestinian territory of Gaza is no stranger to this programme" on today's From Our Own Correspondent.

She added that Gaza is

...no stranger to conflict either. In recent years, devastating conflicts with Israel have left much of the Strip in ruins, while blockades of its borders have meant shortages of many basic goods, as well as anger, resentment and a sense of isolation.

Yet another Gaza story followed. Tim Whewell went in pursuit of the only grand piano in (what he called) that "besieged concrete warren on the Mediterranean".

[Except that, in using that analogy, he didn't mention that the tunnels in the warren don't contain rabbits. They contain Hamas terrorists and - until Israel took action against them - a vast horde of rockets].

Oh Kate.
“Israel’s blockade of its borders has meant shortages of many basic goods as well as anger, resentment and a sense of isolation.”
No Kate; I don’t think that is the case. Basics are regularly trucked in by Israel, which, under the circumstances, is generous. The anger and resentment were there all along, and the isolation is the self-inflicted consequence of the Hamas’s rejectionist politics.

Tim Whewell ‘set off” to investigate. I like the sound of that, Tim Whewell setting off to “Investigate.”  Intrepid reporter, fearless and determined, sets forth, on a mission to find a moving story of the pathos -  and the triumph of true grit over adversity.

Whewell’s moving story is unintentionally injected with humour because it  involves a character named Fatty Arafat.  He’s probably called ‘Fati’ but Fatty Arafat has a Fatty Arbuckleness about it, which I like better.  Keep a straight face Tim lad. 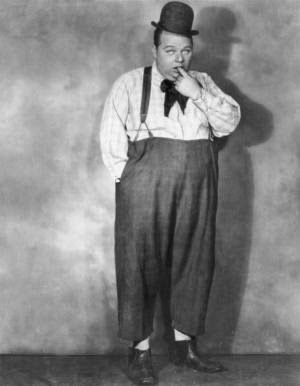 A former Russian concert pianist married a Palestinian Doctor and suddenly ‘her music’ was whipped away from her. That’s what you get for marrying a Palestinian and settling down in Gaza. She misses her music.

The musicians of Gaza. Who are they? We’re not told why the music school has to be hidden in an ambulance station. Is music a bit unIslamic?
A charity has paid for a French piano restorer to bring the piano “slowly, lovingly, back to life.” So many ‘l’s for someone with an l-related speech impediment.

“We don’t have shelters underground in Gaza” says the earnest 15 year old piano student. “We just have to run for our lives” Whose fault is that? asks Tim. Only joking. (He didn’t )
Well, there are underground passages in Gaza, but they ain’t for shelter. Does Tim Whewell not know this?


Yes; Chopin and Beethoven fought a lot, and went through a lot too. The noble people of Gaza are like classical composers. Their struggles are exactly the same. Not.
Posted by Craig at 14:53