I heard John Douglas on IPM talking about his experiences in Yemen.
A friend of mine had an identical experience in Yemen. While training Yemenis, not in construction, but in another productive skill, he was taken hostage several times. His release was secured in return for promises to provide roads, mosques and the like. It was - virtually - bartering, the tribal way. Unfortunately the last kidnapping wasn’t benign, and ended up with a very serious gun battle, from which he had a narrow escape.

Now Yemen is in chaos. At present, the US is backing a military intervention by Sunni powerhouse Saudi Arabia against a Shiite rebellion aided by Iran. 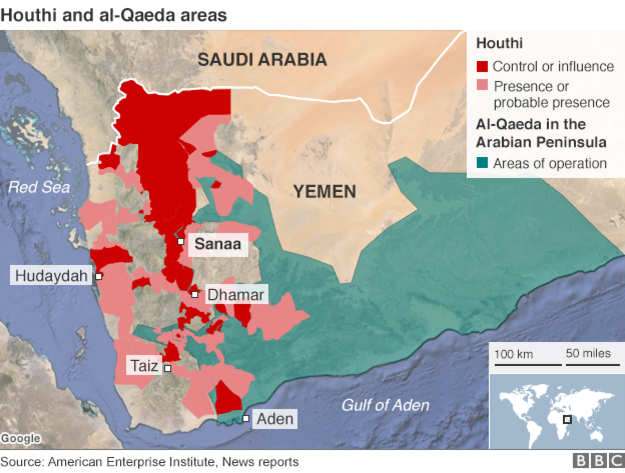 The Houthis are backed by Iran. Meanwhile Hezbollah’s (Shiite) Hassan Nasrallah calls for Arabs to unite against Israel.
Mahmoud Abbas, presently in a supposed coalition with Hamas (Shia) has just delivered a speech at the Sharm el Sheikh summit in which he appeared to be asking for the Arabs to unite against terrorism. (ISIL)

Whatever will the Sunnis and Shia do next? Will they fight each other, unite against the ‘terrorists’, or focus on Israel.  Hatred of Israel is after all the only thing upon which they agree.

If Houthi, al-Qaeda and ISIL cause enough trouble in the region they might even be forced to call upon Israel’s assistance. No, surely not.

What is needed is some clear, well informed, intelligent unbiased analysis of this dangerous situation. Hard to know where to turn.