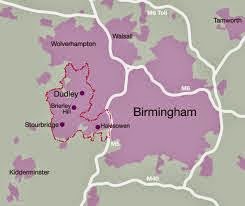 The BBC, Sky and ITV websites are all leading with the same story this morning: the Mail on Sunday's dramatic scoop concerning the Conservative candidate Afzal Amin, who - the paper claims - conspired with the EDL [Update: "far-right extremists", according to Paddy O'Connell and the newsreader on Broadcasting House] to take credit for stopping a protest against a mega-mosque.

It's an astonishing story, especially given Mr Amin's past record of military service and his outspokenness against Muslim extremism. No wonder it's leading the headlines.

Sky's account is, typically, much more detailed than the BBC's - complete with extensive quotes. It also reports a racial aspect to the story which the BBC opts to exclude:

"I need two white, working class lads to go round those areas to say to people, 'You support the Army, if you support the troops then vote for this guy'. That's what I need," he said.

Plus, Sky describes Mr Amin as a "Muslim candidate"; the BBC doesn't.

Incidentally, it was only yesterday that I was reading a discussion about how the BBC likes to insert itself into someone else's scoop (those many "the BBC has learned" and "the BBC understands" stories where, critics say, the BBC has simply been handed a press release or read another newspaper), so my eyebrows raised at two such examples in the BBC's article about this story:

Mr Amin told the paper the allegations were "completely untrue". He has not returned a call from the BBC.

A full disciplinary hearing is expected to be held on Tuesday, when Mr Amin will be able to explain his actions and a decision on his future will be taken, the BBC understands.'

Is this one of those cases when "the BBC understands" simply through reading it in/hearing it from a rival media outfit?
Posted by Craig at 07:49