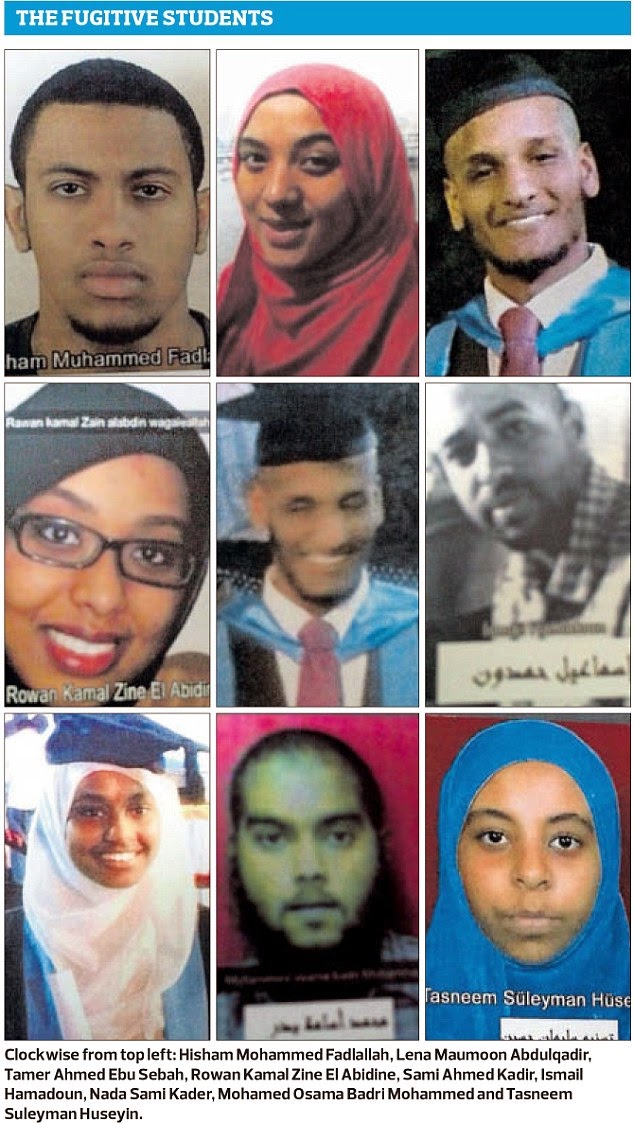 Here we go again, it seems:

Fears UK medics crossed into Syria
Nine British medical students and doctors are feared to have travelled to Syria to work in areas controlled by Islamic State militants.

Go down to the penultimate (14th) paragraph in the BBC website article and you'll see the following:

The medics are said to have been born in England but were sent to Sudan to study and experience "a more Islamic culture".

Sky News, however, is more explicit about exactly who "sent" them to Sudan to experience "a more Islamic culture", telling us as early as their 4th paragraph:

The students had been studying in Sudan because their parents wanted them to experience a more Islamic culture, but they were born and raised in Britain.

"I've asked the families why they sent their children to study there, and as I understood it, they wanted them to experience a more Islamic culture and not to forget their roots."

This needs remembering, just in case the usual suspects attempt to pretend it's all the fault (somehow) of the British authorities, and that families bear no responsibility for helping to encourage their children to value Islamic culture and their non-British roots more than British culture and 'their British roots'.
Posted by Craig at 12:03