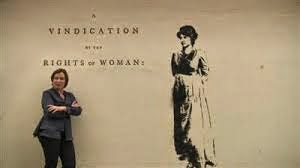 In answer to my complaint to the BBC about an episode of BBC Two's 'Suffragettes Forever!', which (as we noted here) "maligned Margaret Thatcher", the BBC Complaints department has now replied.

This was the complaint:

I would like to complain about Amanda Vickery's unfair and inaccurate comments about Margaret Thatcher. She said of the Falklands War that Mrs Thatcher "did not shrink from personally ordering the sinking of a troop carrier [the Belgrano] with the loss of over 300 lives’". Then, to make her seem heartless, the shot changed to Mrs Thatcher saying, "Just rejoice at that news, and congratulate our Forces and marines" as if she were saying that in response to the sinking of the Belgrano. This was totally misleading as Mrs Thatcher said those words after the liberation of South Georgia. Plus, the Belgrano was a cruiser not a troop carrier. The lack of factual accuracy and the misleading juxtaposition of that statement with that incident should be publicly corrected and, if the series is repeated, it also should be made explicit to viewers while they are watching.

And this was the BBC's reply:

Thank for contacting us regarding BBC Two's 'Suffragettes Forever! The Story of Women and Power' broadcast 17th March 2015.

We understand you feel some of the content was inaccurate and misleading to audience members.

We forwarded your complaint to the programme's production team and who are now in a position to respond. They have provided the following:

"The section of the programme on Mrs Thatcher’s role in the Falklands war was meant to show her determination not to focus on “women’s issues” as Prime Minister and her resolve as a military leader and not to criticise her politically or personally.

Describing the Belgrano as a “troop carrier” was a factual error and the production team would like to thank you for pointing it out. We can assure you that the programme will not be repeated in its current form.

The iconic clip in which Mrs Thatcher invites a crowd of journalist to “just rejoice at that” was meant to be the full stop to the point that she was determined to be as dauntless as any male leader in the pursuit of a military campaign. However as it followed immediately on from the reported sinking of the Belgrano it could unfortunately have been interpreted as referring specifically to that sinking and the related Argentinian deaths. That apparent reference will be re-edited before the programme is repeated."

We hope this goes some way to addressing your concerns.

Thank you again for contacting us, we value your feedback. All complaints are sent to senior management every morning and we included your points in this overnight report.

These reports are among the most widely read sources of feedback in the BBC and ensures that your complaint has been seen by the right people quickly. This helps inform their decisions about current and future programmes.

To their credit, the BBC has conceded both points and promised to re-edit the programme before it is repeated.

Update 18.40pm: And, true to their word, when you click on the BBC i-Player, this episode of Suffragettes Forever! now bears the caption, "This programme has been edited since broadcast. Why?".

And when you click on "Why?" it reads: "This programme has been edited to correct a factual inaccuracy."

And, on re-watching that section of the programme, the inaccurate section concerning the "troop carrier" has been removed, and Mrs Thatcher's "rejoice" statement is now captioned "Surrender of Argentine forces on South Georgia, 25th April 1982" with no misleading lead-in.
Posted by Craig at 21:10