Some of the news that's fit to print 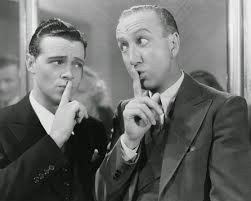 Sticking with matters party political, it's always interesting to see which political stories the BBC chooses to report - and which it chooses not to report.

The lead story in this morning's Times was:

Hedge fund millionaire is Labour’s covert donor
One of Labour’s biggest private donors is a wealthy hedge fund boss whose identity the party has repeatedly refused to reveal. Martin Taylor, who has held at least one private meeting with Ed Miliband, has been unmasked as the mystery benefactor who has given the party almost £600,000 in three years. The revelation will provoke accusations of hypocrisy against the Labour leader, who has attacked the Tories for being “the party of Mayfair hedge funds”.

You will, however, look in vain for the story on the home page of the BBC News website. Or on their Politics page (where yesterday's UKIP scandals remain a main story). The BBC have simply chosen not to make it a story, for whatever reason.

Ah but, they have sort-of reported it somewhere (if you look carefully): in their daily paper review, where the Times and its lead story can't be avoided. So that's all right then.

[P.S. Today mentioned the story in one of its three paper reviews. And that was it.]
Posted by Craig at 12:26