While we’re on the subject of The Big Questions, last Sunday’s episode was about race. Or was it about racism. The general consensus seemed to be that racism is, and could only be, the powerful discriminating against the disempowered.

From this principle it was extrapolated that black people couldn’t be racist. It was an impossibility. If I remember correctly that’s the Diane Abbott theory.  Someone could maybe have mentioned Zimbabwe, the Middle East, present day South Africa and so on, but perhaps that’s just semantics, because of course those examples are still power or ‘class’ holding sway over the weak and/or the underclass, albeit in these cases it’s ‘black’ upon ‘white’.

Something that should have been said, but wasn’t, was that there is also the passive-aggressive, guilt inducing racism that comes from incessant victim-mongering, such as was in evidence in that programme. Blacks - or whatever the latest acronym for ‘black’n’asian’ is -  can be racist. And they often are - with notable exceptions of course.

There is another flaw in this kind of discussion. It’s the fact that most of the time everyone is talking at cross-purposes. There *is* race. It exists. DNA and all that. We should be able to acknowledge that, at least without people recoiling in horror at the very mention. People should be able to generalise about certain things where they’re obvious, on the understanding that there are exceptions to the rule.

If, say, statistics show that one racial group broadly demonstrates unique physical or mental attributes, why should we be afraid to mention it - on the understanding that there are exceptions.  Racial stereotyping isn’t necessarily negative or positive; it can simply be neutral.

There’s an issue about profiling. I understand that Israel has an effective way of minimizing terrorism in the air through profiling. If security services or airport authorities were prohibited from working along those lines it would put us in more danger than we already are. In fact some politically correct non-discrimination must already be in place, if stories about white grannies being searched while burka’d ladies sail through check-in are anything to go by.

Of course the black citizens who are offended by too many racially targeted stop and search events might see things differently. Some would say it’s up to black communities themselves to overturn the statistics that make them a target, by reining in their own criminal element and generally conforming to conventional norms, which is dangerously close to blaming the victim; and they could justifiably argue that it’s difficult to do all that because of society’s discrimination. It’s a circular argument with little hope of a quick fix. Patience is the only hope.

There is an extraordinary amount of racial discrimination and harassment at our universities in the form of anti-Zionism-come-antisemitism. It’s rising. 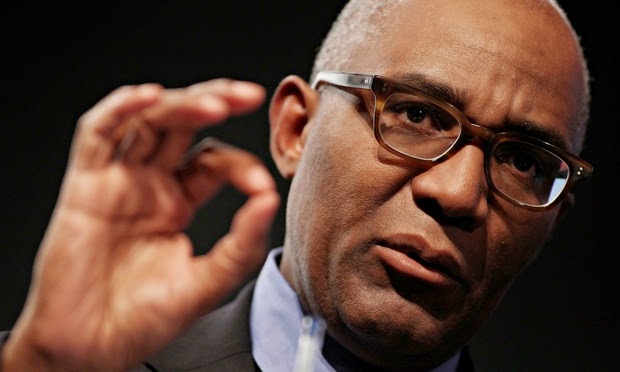 Which brings me to Trevor Phillips.
“Former Master of the King’s Wardrobe suddenly reveals that ‘The King is in the Altogether’ shock horror.”
This weird mea culpa, which some people are lauding as wonderful, refreshing and liberating and others are condemning as total disingenuous rubbish - seems to me to be part statement of the bleeding obvious / part racist victimhood whinge. He seems to be making a case for more active  ‘positive discrimination’, and  he lost me near the beginning. The first thing Phillips cites as a ‘truth we’re not allowed to say” is that rusty old antisemitic slur, that Jews are predominantly powerful and rich. Statistics somewhere attest to it, he said. He stopped just short of saying Jews control the world. (In The Big Questions, Lee Jasper of all people brought Phillips to task on that because, he said, “I know plenty of poor Jews”)  There are exceptions you see.
However I found it bothersome that in his Channel 4 documentary Trevor Phillips didn’t bother to qualify that so-called ‘truth’, even to say that he too knows (or knows of) the occasional poor, un-powerful Jew. He was happy enough to just leave that  particular ‘truth you can’t say’ well and truly ‘said.’

As far as I could tell, Trevor Phillips’s  revelations added nothing to the mix. Perhaps he’s reluctantly coming round to the view that pure, unadulterated, non discriminatory equality and universal sameness is a delusion rather than a reality. He’s kind of the last man standing, the only man alive who didn’t know that all along.
Posted by sue at 15:45