The BBC, censorship and a pair of 'p' words 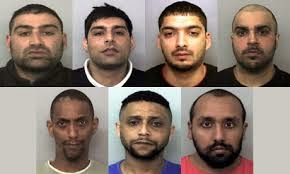 The reporter most credited with exposing the street grooming scandal and the complicity of the authorities in covering it up, Andrew Norfolk of the Times, gives a characteristically full account of today's report into the "industrial scale" paedophile abuse going on in Oxford, mainly by 'Asian' (i.e. Pakistani) gangs (though here including North Africans, suggesting that being 'Asian' may not be the real connecting factor between the perps).

Thanks to his report today I heard something I didn't hear on the BBC News at Six (because it simply wasn't reported) and didn't see in any of the BBC's online reports (because they haven't, as far as I can see, reported it) - namely one of the report's key recommendations:

The report does not suggest that concerns about “racial sensitivities” played any role in agencies’ failure to tackle the abuse, but calls for a national debate about the disproportionate number of men of Pakistani heritage involved in group sex-grooming offences across England.

“As has been found wherever this type of organised group abuse has been uncovered, the perpetrators have been mainly from an Asian heritage, with some from Africa or south-east European countries, and with a mainly Muslim culture.

“The association of group-based child sexual exploitation with mainly Pakistani heritage [men] is undeniable and prevention will need both national understanding. communication and debate, but also work with faith groups at a local level.”

Why didn't the BBC's News at Six mention that call? Reporter Alison Holt merely reported the bit about “racial sensitivities” not playing any role in agencies’ failure to tackle the abuse in Oxford - a telling piece of (self) censorship on her part. 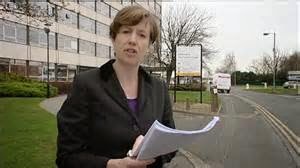 P.S. Why is is that the BBC almost invariably avoids the word 'paedophile' in connection with its reporting of such stories when they involve Muslims?

And if you doubt that then please do a search on the BBC website using the term 'paedophile'.

Extreme 'cultural sensitivity' seems to be at play again, once more grossly distorting proper reporting by the BBC.
Posted by Craig at 21:24