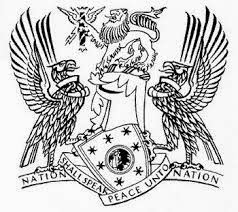 Sometimes we bloggers about BBC bias write as if we believe that the BBC has its own independent foreign policy. (As if it's the Vatican City).

Even though we hear people being interviewed on the BBC arguing in favour of and against such and such a position, it still sometimes strikes us that the BBC interviewers questioning those guests are questioning them from a particular standpoint.

Then we spot that other interviewers are also questioning them from a similar standpoint.

And then we spot that BBC reporter after BBC reporter has taken to Twitter and seems to be tweeting (and re-tweeting) points-of-view that echo that very same standpoint.

And then we read BBC journalists writing articles beyond BBC platforms (Jeremy Bowen, usually in the New Statesman; Owen Bennett Jones in the London Review of Books, etc) containing sentiments which also seem to come from the same standpoint.

(a) the BBC does have its own foreign policy, or

(b) the BBC contains so many like-minded people that groupthink tends to/inevitably sets in.

I favour (b), with a strong dose of 'inevitably'. 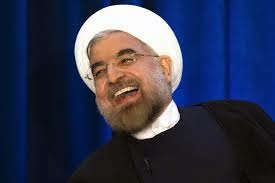 All of this is merely a (long-winded) preamble to my actual point: I think that lots of BBC journalists are strongly sympathetic to the idea of a rapprochement with Iran. And I think that his sympathy has resulted in an ongoing bias in their reporting of matters relating to Iran.

I've heard several BBC documentaries over the years arguing that the West has been unfair to Iran and that Iran has just cause for its resentment at our behaviour. I've heard many BBC reports sympathetically portraying Iran. I've seen many tweets (and re-tweets) from BBC reporters (apparently) critical of Israel's 'hawkish' attitude towards Iran. I've seen lots of nice stuff on the BBC about that nice, smiling teddy-bear-in-a-turban, Hassan Rouhani.

And on the very day that the BBC publishes an article called 'Obama tells Iran of 'historic' opportunity' (and, unusually for the BBC website, opened it up for comments), I was reading a piece by BBC Middle East correspondent Paul Wood in, of all places, the Spectator, which has just popped a cherry on top of the BBC cake for me.

It said everything I expected a BBC reporter to say on the subject.

Using veteran Democrat advisor Zbigniew Brzezinski as his mouthpiece, Paul Wood contrasts Dr Brzezinski's "realism" with all those silly, irrational. war-mongering U.S. Republicans and "extremist" Israelis (including their prime minister) who want to bomb, bomb and bomb (Iran) again. Dr Brzezinski wants a U.S. rapprochement with Iran and, Paul points out (repeatedly) Dr Brzezinski is someone to be trusted, someone who "does not balk at making the 'tough calls'.

His whole Spectator piece is a semi-closet call for a Western rapprochement with Iran. Just sample his closing words for proof of that:

If President Obama is right, the alternative — an increasingly moderate Iran brought back into the family of nations — may be one or two rounds of negotiations away. All it would take is an outbreak of rationality in the Middle East.

"All it would take is an outbreak of rationality in the Middle East." An example of one BBC reporter's bias? Or of BBC bias as a whole?