Here's some of the (impartial) wit and wisdom of the BBC's female presenters/reporters, as shared with the Observer: 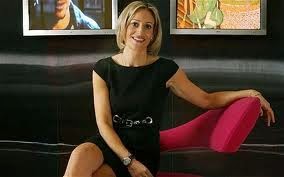 Are there any topics you dread coming up in interviews? I have a slight shutters-down on personal finance and pensions.

What’s your reaction to voter apathy? I think it’s appalling and if I was in charge I’d actually make it illegal not to vote. I can’t bear people saying all politicians are the same and there’s no point. That’s just being a lazy git. 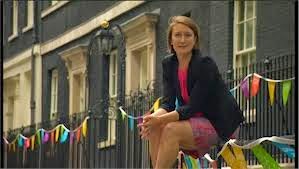 
Which topics interest you personally? Wages haven’t gone up since the mid-2000s. I want to know how people are going to make a living and which skills they’ll need. 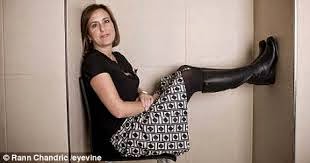 Which topics interest you personally? It’s a big step to decide to leave Europe. My father would be horrified at the idea after what he fought for in the Second World War.

What’s the best way to phrase a question to a politician? You want a one-two – a question that requires a second clarification. I asked Mrs Thatcher: “Do you understand why people in Scotland find you so patronising?” If the answer is yes, then why the hell are you patronising them? If it’s no, then why don’t you understand them?

What is your reaction to voter apathy, Russell Brand-style? We should involve under-18s in debates. You can marry and have a baby at 16 but not vote. What responsibility does that foster? 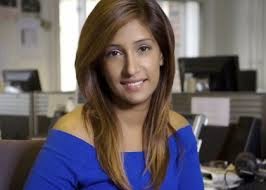 Are there any topics you dread coming up? I don’t think there’s anything I dread, because as journalists the job is completely unpredictable and you deal with different things all the time. But explaining complicated issues to our audience, so taxation, for example, is challenging. Why do we have to pay tax when rich people get away with paying little or no tax and politicians and companies help them do that?


I think it's fair to say that the biggest potential stooshie here, bias-wise, comes courtesy of Kirsty Wark's, "It’s a big step to decide to leave Europe. My father would be horrified at the idea after what he fought for in the Second World War."

It's pretty safe to guess where she's coming from on the subject of the EU (not that we couldn't have guessed)...

...and her support for the lowering of the voting age to 16 (as proposed by Labour) makes her position on that issue pretty plain too.
Posted by Craig at 22:29