So there's an election on? 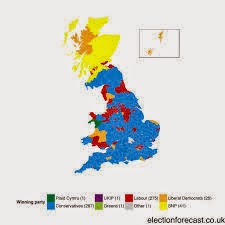 I've been busy with family (including babies) in recent days so, on returning to the world of blogging, I find there's a general election going on. Who saw that coming?

I was very active during the last election, watching the BBC (naturally), but that's not going to happen this time. There's far too little time to do anything - and, especially, to do it properly.

However, there are a few small things that might be done over the course of the next month to monitor things.

So I've chosen three things to follow as 'tests of BBC impartiality' - (a) the party leader interviews on Today; (b) the Reality Check posts on the BBC website; and (c) something else I've not yet decided on (but which must be capable of being monitored from yesterday).

If any of you are able to do similar easy, small-scale studies we'd love to hear your results (whatever way they may go).

Arriving a day late, one further thing - and maybe my (c) - might be to check the BBC, Sky and ITV websites at the same time every day - say 8.30 pm each night - and compare who's reporting what.

Well, tonight Sky isn't making too much of the election at all on its website. They are leading with foreign affairs (Nigeria, Turkey). The general election is merely its fifth story and its take on it (as per its headline) is scrupulously non-committal: Leaders' Day Of High Visibility Campaigning.

ITV News, by way of contrast, is leading with the election and focusing on a topic the Conservatives are said (by pundits) to want the election to focus on, the economy - and on David Cameron's take on it:

Tories and Labour focus on economy on campaign day two
The key players in the General Election battle are focusing on business today with David Cameron pledging to create two million new jobs over the next five years if the Conservatives win power on May 7.

ITV's second election story goes with bad news for Labour, reporting a 19% swing (in a poll) from Labour to the SNP:

The BBC are also leading with the election but, in contrast to ITV, are focusing on a topic the Labour Party are said (by pundits) to want the election to focus on - living standards:

Election fight over living standards
The Conservatives and Liberal Democrats welcome pre-election figures showing growth in household incomes, but Labour says it has been the "slowest recovery for 100 years".
Related content

Are standards of living rising?

Beneath that is a small-print plug for Plaid Cymru:

The BBC's real second election story, however, is:

Why is UKIP off to a slow start?