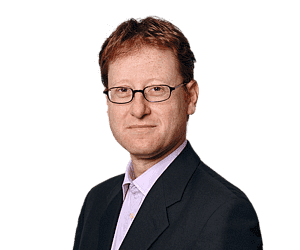 Jonathan Freedland has written a vitriolic analysis of Netanyahu’s victory in the recent Israeli elections. It is headed:  “Netanyahu sank into the moral gutter - and there will be consequences.”
(one of which is inflammatory rhetoric like Freedland’s.) That’s his privilege, and as they say, no-one is forced to buy the Guardian. But was it wise of the BBC to single out this article in their paper review (Today 18:20) this morning, and in particular to use this silly, inappropriate, off-key analogy to quote from, verbatim?

“Imagine if a US president broadcast such a message, warning the white electorate that black voters were heading to the polls in “large numbers”. Or if a European prime minister said: “Quick, the Jews are voting!”  This is the moral gutter into which Netanyahu plunged just to get elected.”

What sort of comparison was that supposed to imply? What sort of imaginary moral equivalence was Freedland dreaming of? Freedland was, of course, referring to Netanyahu’s warning that “Arab voters are advancing in large numbers towards voting places”.

Perhaps Freedland’s superficial interpretation of that remark might be his way of rehabilitating himself with Guardian readers who were disappointed with his spat about antisemitism on Q.T. with George Galloway, but even so, to venture into that kind of  disingenuous analogy territory is revealing.

I’d just quote from a couple of comments about this on Harry’s Place to put it in context. The whole thread is interesting because it tackles both of two statements that Netanyahu-haters will love to pick up and run with, ( “No Palestinian state on my watch” is the other) but for the moment let’s stick with the 'Arab voters' theme.  Here’s a comment that echoes Freedland’s take on the subject:

sg77.
“Dude. The President of the US says it's time to reassess our relationship to Israel, based on Bibi's statements about Arab voters and also the lack of support for a two-state solution.
That isn't a little silly nitpicking. That's a very serious, very big deal.
Bibi has hurt Israel and he's hurt the perception Americans have of Israel, which up until now has been pretty positive.
I hope this blows over, this is the most serious anti-Israel commentary I've heard in America, from the most powerful people, in my life - and I am 65.”

Here’s the counter argument, which highlights the points Freedland fails to address:

Hafuch_Al_Hafuch  sg77• a day ago
"...Bibi's statements about Arab voters..."
If I were him and I understood that a certain segment of society was being aided and encouraged by non-members of that segment to vote, in order to change significantly the outcome of an important election, I would have said the same thing, and I would have added that those outsiders weren't free from a charge of racism too.
"...lack of support for a two-state solution."
In the euphoria of the years after the Oslo agreements, candidates for Prime Minister used to say, before and after elections, that peace would be achieved through painful compromise.
This is no longer true because Palestinian statements and behavior have destroyed the hope that they were ready for peace on any terms.
That's more or less what Netanyahu said at the time, and it's what he explained later.
It's nitpicking and Obama would have found something else to harp on.
"...this is the most serious anti-Israel commentary..."
Perhaps, but don't forget the promise of a previous president which Johnson reneged on,
the Nixon/Kissinger "reassesment" after the 1973 war, and the anti-Semitism of Carter.
BTW I’m 71”


Jonathan Freedland is doing what Trevor Phillips has just made it less obligatory for leftists to do, namely, “Play the racist card.” You don’t have to do that any more, ‘dudes’.

Sometimes things are necessarily and justifiably ‘racist’. Traits with statistically racial propensities. I have a bone to pick with Trevor, but that’s for another day.

By singling out this Guardian item, and giving it to Mishal Husain of all people to read out as part of the paper review, the BBC is playing the race card - lazily implying that Netanyahu’s warning about the “Arab list” is unjustifiably racist. It ignores the racism that emanates from Israeli Arabs as well as political manoeuvering from outside Israel that influences their vote.

The BBC pretends, as usual, that the Palestinians and Muslim Arabs are ‘just like us’. The BBC airbrushes away all the unpleasantness of Hamas and Islam, and by general consensus identifies with them wholeheartedly. That’s not only racist in its own sweet way, but it’s very biased.