BBC Scotland has been holding an 'immigration week'.

They commissioned YouGov to carry out a survey of Scottish attitudes to immigration and found, contrary to received opinion, that Scots are almost as unenthusiastic about immigration as the rest of us Brits.

The cybernats naturally think it's all some big, biased BBC pro-unionist conspiracy designed to make Scotland appear to be the same as England...and, to be fair to them, though I don't buy their conspiracy theory for one minute, the BBC's online reporting of its own survey is puzzling enough (and biased enough) to positively encourage conspiracy theories...

The main article outlining the findings is the most puzzling of all. It covers the stats fairly enough but leads with a curious angle: that the 'Conservatives and UKIP claim this shows no difference between Scotland and England'.

That angle is found in its main headline and made specific in its fifth paragraph ('No difference' in immigration attitudes, politicians claim; However, the Conservatives and UKIP argued that attitudes were similar on both sides of the border.)

Why make the Tory/UKIP response the lead angle of the main BBC News website article reporting the significant results of a BBC survey on immigration in Scotland? Surely the anti-immigration findings of the survey ought be its main focus and the subject of the article's headline?

Also, this article (by BBC Scotland political correspondent Lucy Adams) then initially filters the findings through the views of an academic, Dr Marina Shapira. She essentially blames UK politicians and the UK media for the results (essentially for exposing Scots to such negative attitudes).

Only at the bottom of the article are the politicians alluded to in the lead headline quoted. After the SNP's Humza Yousef, extolling immigration and denouncing "kneejerk, populist" reactions, comes Conservative Alex Johnstone and UKIP's David Coburn.

I could think up a good conspiracy theory about all of that - and it would be a very different one to that the cybernats are putting forward: that the BBC doesn't like these findings about immigration one bit and that it wants to smear them in what it (and its Labour allies) believe to be the Scottish political equivalent of dog-dirt: the 'toxic' Conservative and UKIP brands.

Well, if you don't like conspiracy theories (and I tend not to), then just take out the "and its Labour allies" bit and think of it instead as a common-or-garden case of BBC bias (conscious or otherwise) on the part of Lucy Adams (and her headline writer).

Whatever, it's a strangely-framed article, isn't it? 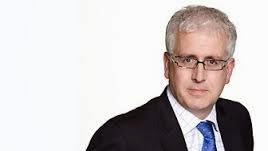 Other BBC Scotland correspondents also sprang into action. And one of them provided what seems to me to be a classic case of BBC bias.

Douglas Fraser used his blog to debate the statistics and the political context, and ended with the following very characteristic bit of BBC reporting - giving the appearance of impartially outlining alternative interpretations but actually strongly steering the reader towards a very particular view point:

So why the mismatch between public opinion and political consensus? Perhaps it is merely a desire for a point of difference.

Perhaps it is because it is a less salient issue for Scots: having less experience of ethnic minorities in their neighbourhoods, they care less about it than other issues.

You could argue that MSPs at Holyrood are out of touch, and in an elite which finds immigration useful in providing the low-price labour to support its lifestyle.

Or you could see MSPs as leading public opinion, setting out Scotland's distinctive attitude to foreigners and incomers, on an evidence base about demographic change with which few others are familiar.

That version of Scotland's outlook on the world may not be based on public opinion. But it's a positive story to tell.

And if you want an example of BBC pro-immigration bias in action those final paragraphs are surely it, wouldn't you agree?
Posted by Craig at 15:42