Complaints From Both Sides 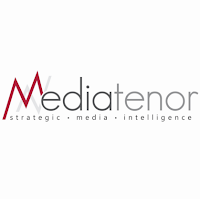 Good grief! The Guardian is reporting a 'new analysis' from a Zurich-based organisation called Media Tenor which 'shows' that the BBC's "EU coverage has been far more often negative than it has positive"...

...and Newsweek adds its claim (which the Guardian skips) that the BBC "treats Assad better than the EU":

Tenor’s presentation said the media’s portrayal of the EU over the long term is likely to have serious consequences for those campaigning for Britain to stay in the EU, suggesting that “reporting about the advantages of EU membership come too late and will not convince a public that has been accustomed to EU bashing”. The study found that coverage of the EU referendum itself was the most balanced, but reports about issues such as migration, security and economic policy were heavily skewed.

The study also singled out Newsnight’s broadcasts during the beginning of 2016, saying that that while the BBC2 show gave higher priority to stories about the EU, its coverage was more polarised and, like other programmes, more negative.

So, let's get this straight: Newsnight has been "more negative" than "positive" about the EU this year, according to this 'analysis'? The Newsnight of Evan Davis, Katie Razzall, Chris Cook & Co.? Really?

And as for its complaint that Newsnight has been "more polarised", well, yes it has, but why is that a problem for Media Tenor? And as the guest ratio this year has demonstrably been heavily tilted towards the pro-EU side, if it is a problem then it's certainly not one that helps the anti-EU side.

I'd never heard of Media Tenor before. Googling around shows that it was founded by Roland Schatz, Global Media Expert to the UN Alliance of Civilization (the organisation co-sponsored at the UN by former Spanish MP Luis Rodríguez Zapatero and then Turkish Prime Minister, Recep Tayyip Erdogan). I can't see any information on its website about Media Tenors's funding though.

Looking at its media page, however, it appears that the organisation's other main concern is 'Muslims and the media' (eg. 'Anti-Muslim stereotypes increase on TV, hinder understanding'). Its research on that subject is linked to Saudi Prince Alwaleed bin Talal's Bridge Initiative ("a  multi-year research project that connects the academic study of Islamophobia with the public square".)

The Guardian, unfortunately, doesn't link to the present report. Neither does Politico, which first reported it. That Politico piece ends:

The BBC is bending over backwards to appear impartial in its coverage of Europe in the run-up to Brexit vote, but the damage may have already been done after years of reporting that was skewed against the EU, the researchers said.

The BBC will be loving this. It's a perfectly-timed 'Complaints From Both Sides'.
Posted by Craig at 11:40