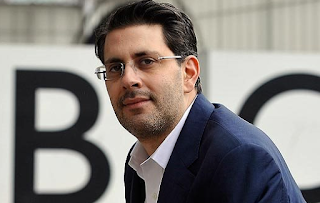 Here's something (with a very strong h/t to Sue)...

Who do you reckon said this about Jeremy Corbyn's Labour Party?

Clue: It was the same person who signed a letter to the Guardian entitled 'Israel needs cultural bridges, not boycotts'.

Boy, haven't we all slagged him off over the years! He's been the butt of many a joke, the target of many a missive. I've penned a fair few critical posts about him in my time too, so I'm as guilty as anyone here.

And yet here he is, again showing us that he's not really the man we thought he was. Shame on us!

That said, his interview with the Times does show that he is is partly the man we thought he was though (so all's well!), and it's well worth reading in its entirety - if you've paid to get past the paywall (and this isn't the Soviet Union, you know, so pay up!).

Adieu then Mr. Cohen, formerly of the BBC.
Posted by Craig at 18:20