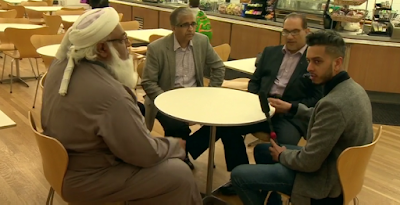 I see that Secunder Kermani's report on the London mayoral election on last night's Newsnight was unusually well-received by the Corbynistas on Twitter. (Not one of them accused him of being a 'Tory'!)

And no wonder as his report wasn't at all helpful to Zak Goldsmith's campaign. In fact, it struck me as being a distinctly one-sided intervention by Newsnight in a key election battle.

The report focused on claims of Conservative Party 'Islamophobia' over their questioning of Sadiq Khan's links to Islamic extremists, and reinforced those claims by:

Was this impartial broadcasting? I very much doubt it.
Posted by Craig at 09:59