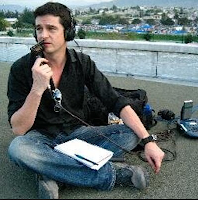 David Keighley's new piece at The Conservative Woman is well worth a read (if you've not already read it).

I feel his pain when it coming to monitoring the BBC's output. His News-watch site decided to monitor a huge swathe of the BBC's output on Monday (from BBC Breakfast and Today to Newsnight), timed for George Osborne's 'killer' Treasury report. The resultant transcripts came to 36,000 words - an amount David describes as "boggling"! The BBC is such a behemoth it's always going to be "boggling" to monitor - unless you have the necessary time and resources (and who has?)

Some of the stuff David looks at will be familiar to your (our loyal readers); some won't, such as:

‘I can see where the Treasury is coming from because the prospects for growth investment and profits would be poorer if we left the EU.’

There were no balancing comments, and these early verdicts thus stand out.

The BBC reporter asking the "loaded question" there, incidentally, was blog favourite (in the sarcastic sense of the term) Matthew Price, the programme's 'chief correspondent'. Has he been shifted sideways to act as Today's business presenter? Does he know anything about business?
Posted by Craig at 18:00