The Ahmadi, mainstream Muslims and the BBC 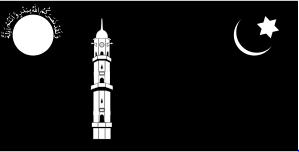 The general BBC reaction to Channel 4's What British Muslims Really Think has proved that the corporation still has a serious bias problem when it comes to covering these kinds of story. And, yet, as Sue wrote recently, programmes like Owen Bennett-Jones's The Deobandis show that the BBC isn't a complete monolith in this respect.

Zoe Conway's report from Glasgow on this morning's Today (from 02:31:47) also struck me as marking another step forward.

She looked into mainstream Muslim attitudes towards Ahmadi Muslims (the Ahmadiyya community) in the wake of the murder of shopkeeper Asad Shah by another (non-Ahmadi) Muslim. and what she found was pretty ugly: Anti-Ahmadi posters are appearing; Derogatory leaflets have been circulated in a mosque saying, among other things, that even just meeting an Ahmadi in the street hurts the Prophet's heart; Mainstream Muslim children are being told by imams that saying 'hello' to Ahmadis is "haram" (a sin); and Ahmadi businesses have been boycotted, with some Muslim protesters standing outside Ahmadi shops telling people not to go in. Here in the UK. Now.

And this follows a couple of features on yesterday's Sunday (from 16:58) on "what is it like to live in Britain as a member of the persecuted Ahmadi Muslim sect" - features explicitly related to Mr Shah's murder and "the discovery of leaflets in a South London Mosque calling on them to be killed" if they refuse to convert to mainstream Islam.

William Crawley introduced the piece by saying of the Ahmadiyya community, "Seen as heretical by other Muslims, persecuted in Pakistan and now, it's reported, facing increasing hostility here in the UK".

From the sounds of it though, it's gone well beyond being a case of "it's reported". It actually is.

An Ahmadi imam from London then described some of the "hate crimes" he's witnessed and said that "this sort of thing is happening quite frequently". He added, "Maybe some people are trying to create an atmosphere here as back in Pakistan, for example. There is a lot of persecution of the community going on. They are bring that feeling over here as well and want to create the same situation in this country".  He wants the government to sit up and take notice.

Adil Khan, an American academic, was then very interesting on the background. The persecution of the Ahmadiyya really kicked in with the formation of Pakistan - a country premised on being an Islamic state. The 1974 Pakistan constitution declared Ahmadis to be "non-Muslim" and the persecution got even worse.

Though William Crawley suggested (as you might expect from a BBC presenter) that this shows it's "more to do with politics than theology" (a milder strain of the 'It's nothing to do with Islam' meme), Professor Khan replied, "You need both".


The more I think about where we now find ourselves with this kind of imported hatred, and how such things have been allowed to creep up on us, the more I despair at just where our politicians and (parts of the) media have been blithely leading us in recent decades (led, of course, by the BBC).

I had no idea about any of this until the past year or so. And now, unfortunately, I've had to quickly learn about it from scratch, and I don't think I should have had to.


Update: More on this can be found in a just-published piece at the Spectator: Sectarianism is on the rise in Britain – as any Ahmadiyya Muslim can tell you by Hussein Kesvani.

His piece also mentions the BBC. It appears as if it was the BBC that broke the story of the murderous leaflets in a London mosque:


More recently, the BBC revealed that literature which called for capital punishment for the Ahmadis had been discovered in a London mosque with links to the group.