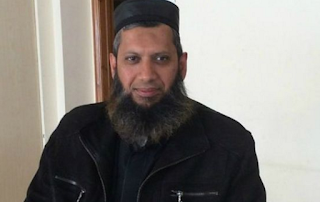 The World Tonight's Andrew Hosken followed up David Cameron's criticisms of Sadiq Khan in the House of Commons by interviewing Suliman Gani, the "ISIS-supporting" Muslim cleric mentioned by the PM.

Even before that interview began Andrew Hosken told Radio 4 "there's not a huge of evidence at all" that Mr Gani supports Islamic State, thus pretty much dismissing the PM's charge from (before) the word go.

During the interview, Mr Gani sounded like moderation itself. He said: that he's never campaigned against homosexuality merely against same-sex marriage (just like some Christians and Tories); that he's never said that women should be 'subservient'; that he's always condemned Islamic State, "which is not part of Islam"; that he feels "betrayed" by Zak Goldsmith; and that he voted Conservative in Tooting at the general election rather than for Sadiq Khan....

...and Andrew Hosken, remarkably, didn't challenge him on any of this. He just asked him soft questions and allowed him to talk.

And then the BBC man ambushed Zak Goldsmith on the way out of an election meeting, and forcefully challenged him about Mr Gani and about whether he was smearing Mr Gani. Andrew Hosken man pressed the Tory candidate for evidence of the charges against Mr Gani and against Sadiq Khan. Mr Goldsmith floundered. He clearly couldn't remember any of the details off the top of his head.

So this may have been a 'righteous' BBC stitch-up-job on Zak Goldsmith, but Mr Goldsmith's inability to back up any of his charges against either man didn't exactly help his cause either (to put it mildly).


Others may wonder about different parts of Mr Gani's story, but I was curious about him saying that he voted Tory in the May 2015 general election.

His Twitter feed is curiously quiet around the date of the election (and nothing about who he's voting for - just a few anodyne tweets, such as calls for people to remember to vote), with long gaps between tweets in late April and early May (has he been busy deleting some recently?). But from June 2015 onwards his Twitter feed is full of 'Jeremy Corbyn for Labour leader' tweets.

So, if he's telling the truth (and not merely engaging in Taqiyya) he must have gone from being a Conservative voter in May to being an enthusiastic, anti-austerity Corbynista by June.

Hmm. I don't think I quite believe that. Or quite a few other things either.
Posted by Craig at 20:33