Seeking refuge away from the Kirk

As part of this blog's mission to inform, educate and entertain, here's something I learned from this week's Sunday (and which I've been holding onto)... 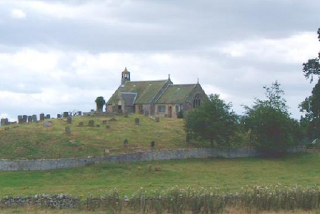 Liz Leonard [BBC reporter, BBC producer then BBC manager (1993-2009), then director of her own media company and vice chair of the Scottish Refugee Council] presented a report for this week's Sunday on the results of a Scottish Social Attitudes survey on religious belief in Scotland.

The results were startling: 52% of Scots describe themselves as "having no religion", lower than any of the UK's other nations.

Strikingly, it's only the Presbyterian Church of Scotland (the church of John Knox) which is suffering. Only 20% of Scots now identify with the Kirk.

This was described as part of a long-term trend that, unsurprisingly, really kicked in the 1960s.

The process of secularisation was much easier in Scotland than elsewhere in the UK though because Scotland lacked things like the Sunday trading laws. Such laws had never been enacted in Scotland, probably because people assumed that no one would dare to open a shop on Sunday!

In contrast, the Catholic Church is holding its ground - a fall in Scottish birthrates being countered by the arrival of Catholic Africans and Poles. That Church hasn't seen any reduction in baptisms and, in contrast to the Church of Scotland (which handed over all its schools to the state in 1872), there are still 366 state-funded Catholic schools in Scotland.

There are, of course, also a growing number of Muslims, and this report suggested that they are tuning into the same Scottish vibe as the SNP (though it wasn't explained why).

Though, were I in Scotland I'd be among that 52%, I still feel strangely sad that the Kirk is dying. It's staggering how much things are changing, and how quickly.
Posted by Craig at 08:18