The School of Westminster 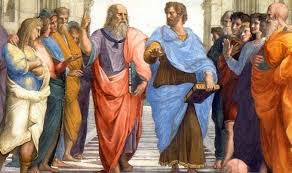 Last night's The Public Philosopher (Radio 4, 8pm) was an interesting if somewhat frustrating take on the question, 'Why democracy?'

Prof. Michael Sandel's audience was a selection of MPs, peers and "members of the public".

"MPs and peers" turned out to mean party politicians from the three biggest parties in parliament. They said largely what you'd expect them to say.

Unfortunately, "the public" turned out to be students, student activists and reps from the National Union of Students (mostly from London universities, apparently). What they had to say was even more predictable than what the politicians said (the need for equality, too many white, middle-aged men, 'we're hard-done-by', etc).

The debate, therefore, was basically between establishment politicians and students. Genuinely surprising views were not to be heard (except from John Stuart Mill, who's been dead for well over a century).

I suspect it might have been much less predictable - and, possibly, much more insightful - if a far broader range of political and public opinion had been represented.

This is, perhaps then, just another instance of what philosophers call the 'BBC Studio Audience Problem': How do they manage to seem so out-of-kilter with public opinion, and why do they appear to be weighted down by political activists?
Posted by Craig at 10:40