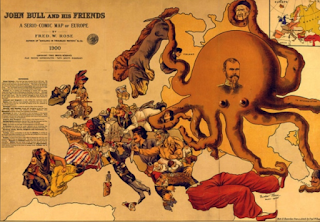 Just an update on a couple of hares I set running last week...

These concern a pair of EU-related BBC Radio 4 programmes and the possibility they might have been biased (in favour of Remain).

The first was Inglorious Isolation: A European's History of Britain.

The programme's title and website blurb led me to expect outrageous pro-EU bias. It didn't happen.

If there was bias it was 'subtle' bias. Only one of the speakers was open in stating her wish for us to remain in the EU - and her programme (the Scandinavian episode) also featured the sharpest anti-EU statements (from Norway).

In fact (with the exception of the relatively weak 'Spain' edition) the whole series was fascinating and illuminating and made me feel that Britain's 'isolation' was rather splendid after all (as several of the continental contributors appeared to think too).

So the problem with this Radio 4 series in the end merely amounted to its misleading title and its build-up blurb.

Britain's "Inglorious isolation" wasn't what its speakers talked about and was, I suspect, just some biased BBC Radio 4 editor's 'bright idea' for a title. 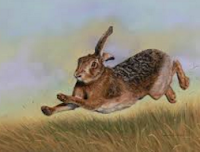 Well, this week's EU referendum feature debunked the claims of an anti-Brexit/pro-Remain blogger - which is what you'd have hoped after last week's debunking of pro-Brexit/anti-Remain tweeters and columnists.

But the programme also said the amount is substantial but not huge compared to the amount we spend on , say. the NHS.

Then it began, rather oddly, to compare such an amount to the possible consequences of a Brexit, economically and further build its case that the British contribution isn't that huge.

Using a thought experiment, considering a 0.1% fall in GDP and a 0.1% rise in GDP as a result of different outcomes from a Brexit, the programme stated that either way the amount we presently pay into the EU is relatively insignificant. We could lose or gain a huge amount more either way as a result of the economic impact of a Brexit...

...(a) as was noted on an earlier thread, they seemed to assume the EU contribution would remain the same if GDP went up rather than rise steeply if our growth rate exceeded that of other EU member states,...

...(b) such reporting is likely to produce feelings of doubt in listeners' minds about what the economic consequences of a Brexit could be. 'Could we lose huge amounts of money from the British economy as a result of a Brexit?', they might well wonder,...

...and, above all, (c) the overall point of the piece was that the amount we pay into the EU isn't that significant in the grand scheme of things (e.g. when you compare it to NHS spending or the possible economic impact of a Brexit), which is a point that 'undermines' a popular argument from the Leave side of the EU debate.

In the end, then, the piece made a helpful point for the Remain side.

So what might have been a 'balancing' piece that last week's Remain-friendly debunking on EU cabbage regulation turned out to be no such thing in the end.
Posted by Craig at 09:48