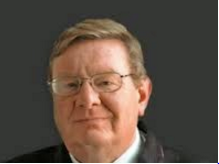 One of the people Reality Check debunked the other day was the TUC's Frances O'Grady.

She followed Anthony Reuben on today's The World at One.

Anthony Reuben was on to debunk Gisela Stuart MP's claim that Brexit would mean an extra £350m a week for NHS.

If there's any bias there it comes from The World at One for cherry-picking Reality Check's debunkings and inviting Mr Reuben on accordingly (and that remains an 'if' as I've not monitored the programme's use of Anthony Reuben and Reality Check so far. They may not be cherry-picking).


What followed though was something else entirely, and quite extraordinary to listen to.

Mark Mardell interviewed two people, one from each side of the argument.

Sounds balanced? Well, just listen to both interviews (they begin at 27:25).

Frances O'Grady had her interview with Mark Mardell first. He asked her some questions, not very tough. He let her answer without interrupting her. His tone of voice was interrogative but neutral-sounding.

Having finished with her, Mark then interview Robert Oxley of Vote.Leave (from 31:01), and everything changed. He went in all-guns-firing. He asked sharp questions. His tone was shrill. He interrupted relentlessly (pretty much from the word 'go'). And, worst of all, he didn't even listen to Mr Oxley's first answer which dealt with the rebate question on the £350m amount but just kept haranguing him for not considering the rebate! It was an astonishing performance from Mark Mardell.

Is former BBC Europe Editor Mark Mardell biased? (Not a particularly tricky one that!)
Posted by Craig at 16:04

Labels: 'The World At One', Mark Mardell