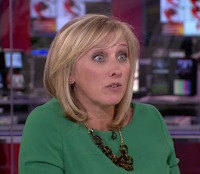 If you recall, last week's The Andrew Marr Show saw its host wrongly characterising "hard Brexit" as "whether we try and get out very quickly and don't be part of the Single Market, have a complete block on immigration". Martine Croxall on one of last night's BBC News Channel paper reviews mischaracterised it in a related way (at 7:25), describing it as "shutting the borders and having no access". In this case, however, Toby Young was one of her guests and pointed out that no one's saying that we should 'shut the borders' and have 'no access' to the Single Market.
Posted by Craig at 12:41